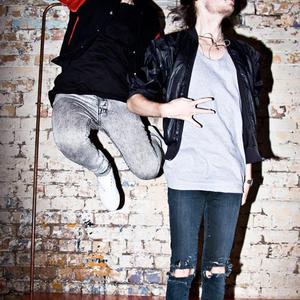 Kids of 88 are a Psychedelic New Wave duo from Auckland, New Zealand signed to independent label Dryden Street. Formed in 2008 by friends of ten years Jordan Arts and Sam McCarthy, Kids of 88 are best known for their single My House which reached number one on the RIANZ charts. Their new single, Just A Little Bit, debuted at #13 on the chart. They released their first album entitled "Sugarpills" on August 16, 2010.

They describe their music as a cross between a late 80s police drama intro theme and a sophisticated super hussy. Arts and McCarthy are both somewhat elusive and do not give many interviews, but it is known that the two have been best friends for ten years. They attended St Peter's College in Auckland where they first formed the band Incursa and they ended up winning the 2004 Smokefree Rockquest. Sharing a passion for music, they then decided to become professional musicians. Both McCarthy and Arts were in a band named Cap Gun Hero before KO88, and McCarthy was also a member of Goodnight Nurse.