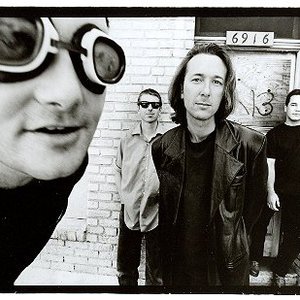 Primitive Radio Gods are an American alternative rock band from Southern California. Current members consist of frontman Chris O'Connor, who performs vocals, guitar, and bass; percussionist Tim Lauterio; and Luke McAuliffe, who contributes various additional instrumentation (guitars, violins, piano) as well as much of the art that has appeared on the band's albums and website. Former member Jeff Sparks wrote, sang, and played bass before leaving the band for unknown reasons (though apparently on good terms) early in the development of Still Electric.

The band is best known for their 1996 hit "Standing Outside a Broken Phone Booth With Money in My Hand."