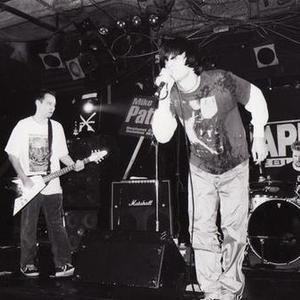 The Nixons were founded in Oklahoma City, Oklahoma by singer/guitarist Zac Maloy, guitarist Jesse Davis, bassist Ricky Brooks, and drummer Tye Robison. The group released their debut EP Six in 1992 (after a obscure self-titled album, probably released in 1990) on Dragon Street Records and replaced the original drummer with John Humphrey before releasing Halo in 1994 on Rainmaker label. This album features several songs also included in Foma, their first official full length record, released out in 1995 on MCA Records.

Foma spawned the radio hit "Sister" and the group capitalized on their success with a big tour (about 300 shows in one year), including dates with Soul Asylum. Two years later, the group replaced Ricky Brooks with Ricky Wolking and released a self-titled album, also known as "the red album" which featured songs like In Spite of Herself and Baton Rouge. Though The Nixons failed to match the success of Foma and the band left MCA, their consistent gigging ensured a strong cult audience for 1999's Scrapbook EP (featuring b-sides, live and acoustic performances), which saw the band return to Rainmaker, and their fourth album The Latest Thing, which was released by Koch in early 2000.