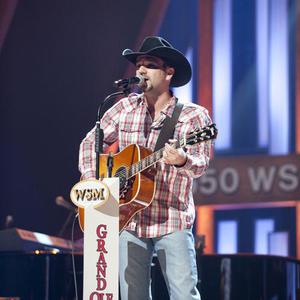 The Family Man Songfacts says that Georgian native Craig Campbell had already been playing piano at his mother's church since the age of 10 when he formed his band called Out of the Blue. In 2002 Campbell moved to Nashville, Tennessee, where he landed a steady gig at The Stage, one of the biggest clubs in the city's famed Lower Broadway and recorded demo sessions for other singers. After meeting and befriending fellow Georgian Luke Bryan, Campbell was persuaded to start writing his own songs.

Record producer Keith Stegall caught one of Campbell's performances at The Stage in 2008 and signed him to his Bigger Picture Music Group. He eventually released his debut single, Family Man in late 2010, which slowly built up radio plays and sales before finally debuting at #86 on the US Billboard Hot 100 chart for the week of April 9, 2011. The song was included on Campbell's self-titled debut album, which was produced by Steggall and released on April 5, 2011.