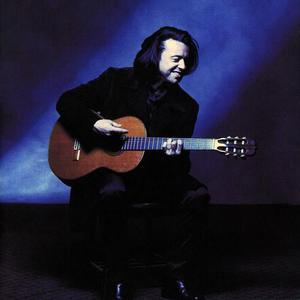 Roland Orzabal is a British singer-songwriter, musician, and producer, most famously known as one half of the internationally popular outfit Tears for Fears which he co-founded in 1981 with Curt Smith. Born in Plymouth, England, Orzabal's family moved to Bath when he was a child. As a teenager, he met Smith and the pair later formed the ska band Graduate in the late 1970s. The five-piece band released one album, 1980's Acting My Age and found minor success in continental Europe, but disbanded soon after as Orzabal and Smith formed Tears For Fears.

The duo's first taste of success was in late 1982 when their third single, "Mad World" reached #3 in the UK. Further hits followed, and the band's debut album The Hurting reached number one in the UK. The band's second album, 1985's Songs from the Big Chair, was even more successful, spawning five UK Top 30 singles including the #4 hit "Shout" and #2 hit "Everybody Wants to Rule the World". Both singles reached number one in the US, as did the album which went on to sell over 10 million copies worldwide. After a four year hiatus from the spotlight, the duo returned in 1989 with their third album, The Seeds of Love which also reached number one in the UK, propelled by the hit single "Sowing The Seeds Of Love" which was a Top 5 hit on both sides of the Atlantic.

Despite their global success, Orzabal and Smith parted company in the early 1990s. Orzabal built his own recording studio, Neptune's Kitchen, and kept the band name, releasing two further Tears For Fears albums (1993's Elemental and 1995's Raoul and the Kings of Spain). He released one album under his own name, 2001's Tomcats Screaming Outside, as he and Smith had reconciled by that point and were working on a new Tears For Fears album together (2004's Everybody Loves a Happy Ending).

Orzabal has also worked as a songwriter and producer for other artists. He co-produced the successful 1990 album Circle Of One for the American singer/pianist Oleta Adams, also co-writing a track for the album. Adams had performed on Tears For Fears' 1989 album The Seeds of Love and had toured with the band in 1990. In 1999, Orzabal co-produced the album Love In The Time Of Science for the Icelandic singer Emiliana Torrini, also co-writing two tracks.

Orzabal is a two-time Ivor Novello Award winner for his songwriting talents. His first award (for "Songwriter of the Year") was in 1986, a year after the release of Tears For Fears' massive selling album Songs from the Big Chair for which he wrote or co-wrote each track. He garnered a second award in 2004 for writer of the "Best Selling UK Song of 2003", after a cover of "Mad World" by Michael Andrews and Gary Jules became a UK number one (the song was Tears For Fears' first hit single in 1982 when it peaked at #3 in the UK).

Although they have only released one album since their reformation, Tears For Fears still tour internationally on a semi-regular basis. It is unclear if Orzabal plans to record any more music, either by himself or as part of Tears For Fears, though as of 2010 (according to Smith) he was reportedly writing a novel.