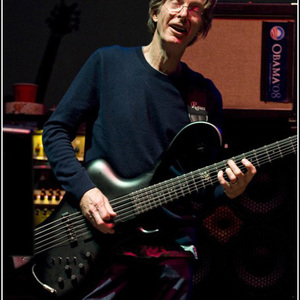 Renowned for his three-decade stint as the bassist with the Grateful Dead, Phil Lesh proved a fan favorite as much for his distinctive jazz playing as for his single-minded devotion to the band, overseeing the quality of every legitimate release. He has issued two solo albums under Phil Lesh & Friends, a quintet that channels the Dead but utilizes only one drummer. His distinctive, wordy writing style, full of allusions, aphorisms, and wordplay, overlays an endearingly low-key jam sound.

Phil continues to tour the country, and often releases digital soundboards of shows for free to keep the community spirit that the Dead created alive and allow the fans access to the music, because as Jerry Garcia once said, once it's out there, it's yours.

Live At The Warfield CD2

Live At The Warfield CD1

There And Back Again

Love Will See You Through CD2

Love Will See You Through CD1