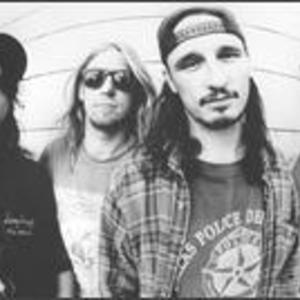 Tempe, AZ-based singer/songwriter Brent Babb joined with drummer/bandleader Curtis Grippe to form the guitar-driven rock band Dead Hot Workshop in the early '90s. More than a decade (and four albums) later, the group remained one of the hardest-hitting bands on the West Coast. According to Roger Clyne of Tempe.-based band the Peacemakers, "Music people in this city get as excited about what Brent Babb does as people did about what Dylan was doing in the '60s."

While their early sound centered on the two-guitar attack of Babb and Steve Larson and Babb's working-class-oriented lyrics, Dead Hot Workshop was forced to reorganize following the departure of Larson in June 1997. They recorded their second album, Karma Covered Apple, as a trio.

Dead Hot Workshop continued to shift personnel. When Brian Scott left in June 1998, he was replaced by ex-Dialectis bassist Steve Flores, and second guitarist Chris "Whitey" Whitehouse, formerly of the Satellites, was added.