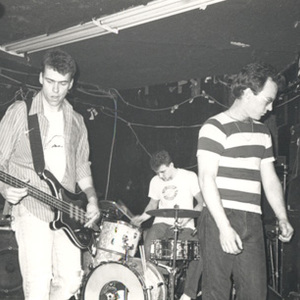 Man Sized Action were a post-punk band from Minneapolis. They released two records in '83 and '84, the first one was produced by Bob Mould of H&uuml;sker D&uuml;. Both albums, as well as two compilations on which the band appeared were released by Mould's Reflex Records. The band consisted of Pat Woods (Vocals), Tippy (Guitar), Kelly Linehan (Bass), and Tony Pucci (Drums). A second guitarist, Brian Paulson, joined for 1984's Five Story Garage.