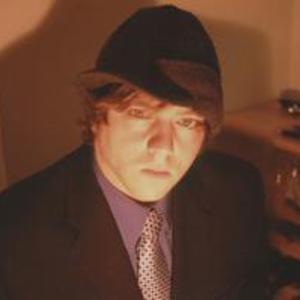 Joshua Eppard (born December 6, 1979 in Kingston, New York) is an American rapper, drummer and music producer. He is best known for his solo rap project under the name Weerd Science, being a co-founder of the band 3 along with his brother Joey, drumming for Coheed and Cambria from 2002 to 2006 and for being the current drummer of indie band Terrible Things. He has also drummed for bands Fire Deuce and Mours. Under the stage name Weerd Science he has released two albums - 2005's Friends and Nervous Breakdowns, and Sick Kids, which was released on May 17th.

Josh Eppard (aka Weerd Science) started his career early on landing a major label record deal with Universal in 1993 at the age of seventeen as the drummer and co-songwriter of the band 3. After a ten year tenure with the band and becoming a casualty in the infamous Universal-Polygram merger, Josh, against the advice of managers and loved ones, left the band in pursuit of a career as a studio musician. In just two years time he played on four records including two major label releases (Hesher - Warner Bros. and R.A. the Rugged Man - Priority/EMI). As his studio chops improved with every project, he would later join a local outfit at the time known as Shab?tie (which later became Coheed and Cambria). In time with this group he had found success until his departure in 2006 due to his own personal demons and internal creative struggles. It should be noted: no matter what project Josh is committed to, Weerd Science is always at the forefront of his creative mind. At the heart of ?SICK KIDS? is his story of the toll success can have on your psyche and the scars left on his heart from the sacrifices made to become a success. After taking time off to get healthy and figure out where his musical compass pointed, Josh has never been more ready and dedicated to making his next vision come alive!