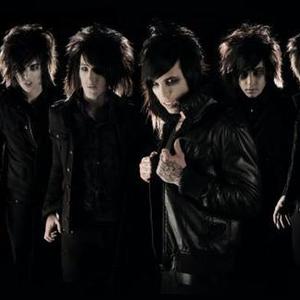 Vampires Everywhere! ? This story is set in Los Angeles, California circa 2009. The night hit the windows with the fervor of a tormented 6-year-old faced with the idea of sharing his prized, new gift. It was probably seventy degrees outside, and yet the house was frozen. I was entertaining several murderous ideas that were swimming around my mind and my brain was certainly feeling the brunt of that strain.

It was probably seventy degrees outside, and yet the house was frozen. I was entertaining several murderous ideas that were swimming around my mind and my brain was certainly feeling the brunt of that strain. I attempted to clear my thoughts and focus on something that gave way to a crooked smile on my face. A smile I hadn't seen since my youth, compelled by our generation's explanation of our condition, set to sound: motion pictures. One feature, in particular, has haunted me since I was of age to pronounce blood: ?The Lost Boys.? Like the characters, I have also always considered myself lost and trapped within a world that only embraces its own. This movie embodies everything I stand for: anarchy, vampires, youth, love & revenge.

Since revenge fueled and fulfilled me, this movie fit like a glove and I began to drift off to a place comprised with everything that made me happy and pure. I was a step closer to discovering myself, my purpose. In order to bridge such a beautiful gap, I was forced out into creation to find those damned souls, like me, who found pieces of themselves in misery, loathing and self-destruction. My own coven of darkness.

These individuals embraced their potential insanity, and we found comfort in one another's uncertainty. The Los Angeles lost souls, Aaron Graves and Zak Night, brought their free spirits and aggressive musical style into my new coven. They created the background of sound that fueled the fire within me. J Killa, unfulfilled by Pittsburgh blood, joined my army, bringing his venomous keyboard tones and synth-driven vocals that proved to be the amplification our brotherhood needed. He provided the coveted pop I thirsted for in my destruction. Alex & David Hernandez completed the group during our brief stint in Florida. The blood brothers added the bass & percussion to complete the sound of Vampires Everywhere!

The crew was hungry with an insatiable thirst capable of destroying an unforgiving crowd. My vision of darkness had found completion in this group oh loving, hating, hungry and undeniably talented, loyal followers. The mood was now set for a revolution in music.

It is now time to take the scene's clean-cut, ?Disney? image and shed some blood on it ? my way. The world will discover a new savior in our sound and we all shall use a new name to provide humor in anarchy: Vampires Everywhere! Inspired by the comic book in The Lost Boys movie. The concept and revolution has begun ? and love it or hate it, its here to stay. I was undead before the trend & shall remain so forever.