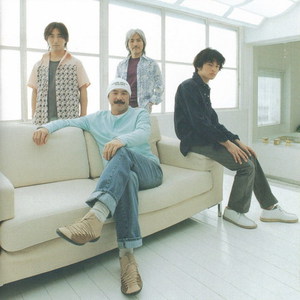 A fusion instrumental band from Japan, they greeted the world with their proud debut in 1976. 28 years ago, "THE SQUARE" led by Masahiro Andoh was formed. In 1978, their debut album "LUCKY SUMMER LADY" was released. They have released more than 30 original albums to date. They exude energy abroad; after their initial performance in 1994, they carried out four more performances all around Asia, particularly in Korea.

Yet other than an album release in the United States and the lah Eve tour, their popularity has never stretched worldwide. In 1989 due to activity in the U.S.A, they changed their band name to "T-SQUARE". In 2003, they celebrated their 25th anniversary and formed "THE SQUARE" once again. A large group of musicians, they invited Keizo Kawano and a new drummer Bando Satoshi; at the young age of 22, he contributed to card-carrier as a support keyboard player. In April of 2005, the album "PASSION FLOWER" was released, breathing new life into "T-SQUARE". In 2004, a national concert tour was carried out with 19 stops; live broadcasts channeling their charm. They are to release another original album, "BLOOD MUSIC" consisting of 32 songs in April of 2005. A performance in Korea was decided upon in July.