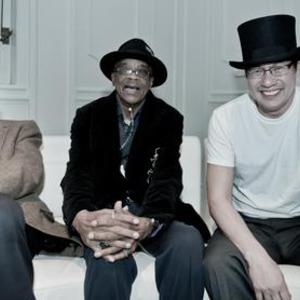 Delta bluesman Robert Johnson died in 1938 at age 27 after drinking a poisoned bottle of whiskey, allegedly given in retaliation for his dalliances with another man's wife. However, like some other notable musicians who have died at the tender age of 27 ? including Jimi Hendrix, Jim Morrison, Brian Jones, Janis Joplin and Kurt Cobain ? Johnson left a mark on music that continues to reverberate to this day.

Not that Johnson was particularly well known while alive, or even for a few decades after his death. His renown came with the 1961 release of the album King of the Delta Blues Singers, which compiled the best of his meager recorded output and finally made it readily available to the masses.

His music was particularly influential on blues-hungry English bands such as the early Rolling Stones. Mr. Rock and Roll Keith Richards gives the following succinct summary of Johnson's influence and life in his recently published memoirs, Life: ?And we realized that the guys we were playing, like Muddy Waters, had also grown up with Robert Johnson and had translated it into a band format. In other words, it was just a progression. Robert Johnson was like an orchestra all by himself. Some of his best stuff is almost Bach-like in construction. Unfortunately, he screwed up with the chicks and had a short life. But a brilliant burst of inspiration.?

The Rolling Stones recorded their own versions of two of Johnson's songs (?Love in Vain? and ?Stop Breakin' Down Blues?); other well-known rock-?n'-roll covers are ?Crossroads? by Cream (called ?Cross Road Blues? by Johnson), ?Travellin' Riverside Blues? by Led Zeppelin at the BBC (and whose lyrics were partially poached for ?The Lemon Song?), and, arguably the best of the lot, ?Preaching the Blues? (called ?Preaching Blues (Up Jumped The Devil)? by Johnson) by The Gun Club.

Of course, it must be mentioned that the ?Crossroads? are a crucial part of the Robert Johnson story. Johnson reportedly met the devil at the crossroads of Highways 49 and 61 in Clarksdale, Miss., selling him his soul in a Faustian exchange for mastery of the blues. Hey, I report, you decide.

The above is the backdrop for the ?Blues at the Crossroads? concert at Campbell Hall on Monday night as part of the UCSB Arts & Lectures series, a celebration of the 100th year of Johnson's birth.

The master of ceremonies for this concert was Todd Park Mohr from Big Head Todd and The Monsters. I'll admit that I had some skepticism about this, given the band's laid-back and not-so-bluesy output. But Mohr quickly put my doubts to rest with a stunning a cappella version of the traditional gospel blues song ?John the Revelator,? sung in appropriately gritty voice. This was followed by Johnson's ?Stones in My Passway? and ?Love in Vain,? then ?Dry Spell Blues? by Johnson's mentor, Son House ? all in delightful finger-picked Delta blues style on what appeared to be a vintage resonator guitar.

Mohr was then joined by the rest of Big Head Todd and The Monsters, plus relative youngsters Cedric Burnside & Lightnin' Malcolm for a groovin' version of ?Ramblin' on My Mind,? which incidentally was the song that Eric Clapton chose for his lead vocal debut back on the Beano album by John Mayall & the Bluesbreakers.

With Burnside moving to be the band's second drummer, they played on with cool versions of several Johnson songs, such as ?Travellin' Riverside Blues,? ?Kind Hearted Woman? and ?When You Got a Good Friend.? Malcolm closed this part of the program with a solo soulful take on House's ?Walkin' Blues? on the resonator guitar.

But this was all warm-up for the highlight of the show ? namely, appearances by two blues old-old-timers, starting with 95-year-old David ?Honeyboy? Edwards, who was with Johnson on the night he drank the fateful whiskey more than 70 years ago. I don't have a much of point of reference for what a 95-year-old musician should sound like ? Chuck Berry was ?only? 83 when I saw him last summer, and Ravi Shankar was 89 when he played in Santa Barbara last year ? but Edwards sounds absolutely great! He kicked it off with a stompin' version of ?Catfish Blues.?

After a few more authenticity-drenched songs by Edwards, 79-year-old ex-Howlin' Wolf guitarist Hubert Sumlin (who was also in town last year as part of the Experience Hendrix tribute) joined in for the down-?n'-dirty ?Sweet Home Chicago,? a song that is usually credited to Johnson but that Edwards claims to have written.

This was followed by a crash course in songs done by Howlin' Wolf: ?Smokestack Lightning? sung with falsetto ?whoo hoo's? by Mohr, ?Sittin' On Top of the World? rousingly sung and with a great guitar solo by Sumlin, ?Wang Dang Doodle, and the truly classic ?Killing Floor,? which was in Hendrix's repertoire.

The evening ended with another Johnson song, ?Dust My Broom,? a song most closely associated with Elmore James. Things were a bit sloppy here, but still all was good. Johnson may have ?screwed up with the chicks and had a short life.? But, yes, what ?a brilliant burst of inspiration.?

Note: The album 100 Years of Robert Johnson by Big Head Blues Club and featuring the artists at this concert ? and a few more ? will be released March 1.

? Noozhawk contributor Jeff Moehlis is an associate professor of mechanical engineering at UCSB. Upcoming show recommendations, advice from musicians, interviews and more are available on his Web site, music-illuminati.com.