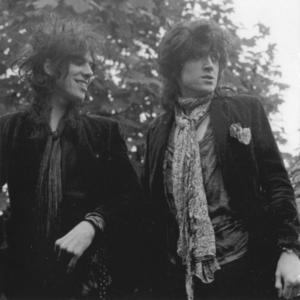 Having issued his solo debut in 1982, Sudden formed the Jacobites in 1984 with his brother, ex-Swell Maps drummer Epic Soundtracks, and guitarist Dave Kusworth. Bassist Mark Lemon rounded out the charter lineup, and the group made their LP debut with a self-titled effort on the indie label Glass in 1984; they also released an EP, Shame for the Angels, that year.

A second album, Robespierre's Velvet Basement, appeared in 1985 and was something of a critical and underground success. Originally slated to be a double LP, it spawned another album's worth of outtakes from the sessions, which were released on a German label as Lost in a Sea of Scarves.Soundtracks left later in 1985 to join Crime & the City Solution, an offshoot of the Birthday Party. Two more Jacobites EPs - Pin Your Heart to Me and When the Rain Comes - appeared before guitarist Kusworth left the group in early 1986 to pursue a solo career. Although Sudden kept the Jacobites name for his shifting backing group for several years afterward, for all intents and purposes they were no longer the Jacobites in spirit.

Lost In A Sea Of Scarves