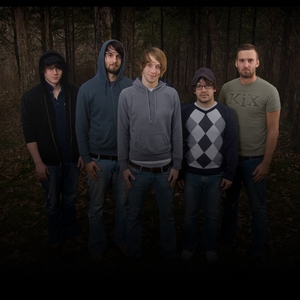 1. A Pop Rock/Powerpop band from Crown Point, Indiana. 2. A Progressive Black Metal band from Switzerland. 3. An American medieval and renaissance ensemble. 1. Asteria Music listeners, enthusiasts, and professionals around the world have asked what is left of this ?Pop Rock/Powerpop? scene? Is anything left? Have we completely moved forward and on to ?the next big thing?? The genre we speak of being so lifeless in 2010 was the genre once tagged on Crown Point, IN's own Asteria.

2. A Progressive Black Metal band from Switzerland.
3. An American medieval and renaissance ensemble.

1. Asteria Music listeners, enthusiasts, and professionals around the world have asked what is left of this ?Pop Rock/Powerpop? scene? Is anything left? Have we completely moved forward and on to ?the next big thing?? The genre we speak of being so lifeless in 2010 was the genre once tagged on Crown Point, IN's own Asteria. A band that has gained extreme respect in the industry over the past 6 years as being a self-functioning, business savvy group of passionate musicians who have opted over the years to pass on professional industry help and chose to put the fate of their music career completely in their own hands. Recording, producing, album artwork, promotional campaigns, music videos, websites, tours, and everything else most musicians dream of getting professional help with have all been jobs executed by the members themselves. Turning a typical group of 5 twenty-some-odd year old bandmates hoping to be in the right place at the right time ... into perfectionists, dream chasers, and experienced young men who have seen the triumphs and tragedies of the industry, together as a family.

With previous success on their 2007 Broken English/Warner full length debut SLIP INTO SOMETHING MORE COMFORTABLE, to their most recent 2008 self produced and released self titled EP, both bridged gaps between uber pop and and edgy funk style proven to be their own. Now in 2010 the band's forthcoming LP titled MOMENTUM proves that the ?Pop Rock? heart that so many of us have suspected to be beatless, hasn't flatlined just yet. A new album that has the power to singlehandedly reverse this cardiac arrest of which we speak drops this September. What most would call a step in the right direction, MOMENTUM's 13 tracks are a collection of songs compiled by Asteria over the past 2 years, displaying the utmost diverse collaborations between these Midwestern road worn rock and roll renegades. Salty and sweet, hot and cold, yes, maybe, and no have all come out to play and no card is left unturned when you hear MOMENTUM and its large spectrum of feelings and vibes.

2. Asteria is a one man Progressive Black Metal band from Geneva, Switzerland. He has released five albums, with the latest being titled Les Lumi?res, released in 2009.

3.In October 2004, Asteria burst onto the national early music scene, winning Early Music America's first Unicorn Prize for Medieval and Renaissance Music with a performance heralded by the New York Times as "intimate and deeply communicative...meltingly beautiful." This engaging duo brings out the passion and emotional impact of late medieval vocal and instrumental music with timeless love songs of wide appeal, transporting their listeners back to the age of chivalry.

Eric Redlinger's sweet tenor and skill on the lute are complemented by his expertise in early music, earned through study at the Schola Cantorum Basiliensis and extensive archival research into original sources. Following graduation from Middlebury College, Eric spent several years immersing himself in the European musical archives of the Hague, Basel and Marburg. During this time he also did post-graduate studies in composition and musicology at the Frankfurt Conservatory of Music and studied medieval lute with Crawford Young and voice with Richard Levitt at the Schola. He now makes his home in New York, where he has studied with Drew Minter and Gary Ramsey.

Sylvia Rhyne brings to the partnership not only her quicksilver soprano but also a strong dramatic connection with the audience, gained from a professional career in musical theater. She has starred internationally as Christine in The Phantom of the Opera and on Broadway as Joanna in Sweeny Todd under the direction of Stephen Sondheim, Harold Prince, and Susan Schulman.

Raised in London and the Pacific Northwest, Sylvia grew up surrounded by classical music, opera and dance. She pursued a passion for early music at Carleton College, guided by Stephen Kelly, taking leading roles in early operas and operettas on her way to a degree in music. She studied also with Wesley Balk at St. Olaf College and recorded with Dennis Russell Davies and the Saint Paul Chamber Orchestra. Arriving in New York, Sylvia was invited to sing with the New York City Opera and began ongoing coaching with Marcy Lindheimer.

Eric and Sylvia first connected through singing with John Hetland's Renaissance Street Singers, a group that brings a cappella 15th and 16th century music to New York City sidewalks and parks. The pair immediately discovered their mutual interest in earlier repertoire and began meeting regularly to work on late medieval pieces, gradually developing their passionate approach to the music. Asteria???s performances convey the anguish and ecstasy of the poetry and the rapturous beauty of the interweaving vocal and instrumental lines.

The result of Asteria's exploration can be heard on their first recording of 15th century chansons, Le Souvenir de Vous me Tue.

Slip Into Something More Comfortable