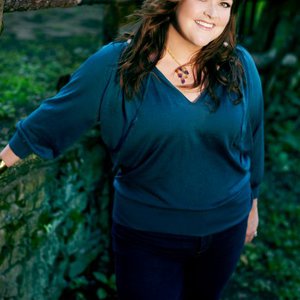 Melissa Ann Lawson (born April 10, 1976) is an American country music singer. On August 4, 2008, she was declared the winner of the television program Nashville Star, a country music singing competition which airs on NBC. Signed to Warner Bros. Records Nashville, she released her debut single "What If It All Goes Right" that year, and charted on Hot Country Songs with it. Although Lawson's label released her before she debuted her first album, she is currently performing and just released her new Praise and Worship CD: "CONSTANT".

Born in Dallas, Texas, she grew up in Arlington, TX where she continues to make her home. Lawson is a working mother with 5 sons. She is married to Rick Lawson who is also a musician and singer. He owns a successful roofing company he started in 2001. in November of 2009 he became the General Manager for the state of Texas for a large commercial roofing company. In 2004, she tried out for the fourth season of American Idol, and made it to Hollywood week, eventually being cut in the top 75. Melissa, her husband and kids recently completed filming for an upcoming reality television show to air on NBC in the summer of 2010.
Following her win on Nashville Star, Lawsons' debut single, "What If It All Goes Right", was released on August 5, 2008 to radio. It debuted and peaked at #49 on the U.S. Billboard Hot Country Songs chart as well as #79 on the Billboard Hot 100, due to legal music downloads. It was then re-released in November 2008, where it re-entered the country charts at #55, and eventually reached #43. It was the number one Country music download on iTunes and Top 10 for all genres within 24 hours of release.
Warner Brothers, as a major label, was experiencing challenges in the industry which led them to the decision to not promote new artists. In a mutually acceptable agreement, Melissa Lawson was released by Warner to pursue other opportunities. John Rich successfully produced a number of tracks for an upcoming release. Melissa was able to secure the rights to the recordings for future release.
She is currently scheduled to perform throughout 2010 and is focusing on the completion and release of her CD, anticipated in early summer 2010.
She will be appearing with her husband Rick Lawson and children on an upcoming reality show. The show will air on NBC sometime summer of 2010.
Melissa Lawson was the oldest contestant among the ten finalists. She has lost almost 100 pounds since first auditioning for the show.
She is the sixth "Nashville Star", following previous winners Buddy Jewell, Brad Cotter, Erika Jo, Chris Young and Angela Hacker. The sixth season marked the first time Nashville Star was featured on NBC, after five seasons on USA Network.

What If It All Goes Right (CDS)