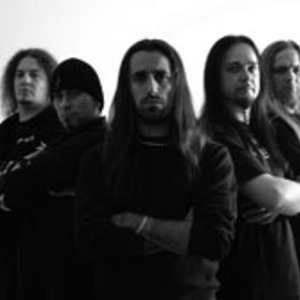 There are several bands/artists known as Demolition. (1) A Canadian hardcore punk band (2) A UK punk, (3) a Japanese Thrash Metal band and (4) an Irish American Hip-Hop duo made up of the MC Euyo & the DJ Drama. (1) Demolition are a Canadian band from Barrie, ON that play hardcore punk in the style of Altercation, Agnostic Front, and early Madball. They have released one demo and have members from the now broken up band, Planet Danger. (2) UK Punk:

(1) Demolition are a Canadian band from Barrie, ON that play hardcore punk in the style of Altercation, Agnostic Front, and early Madball. They have released one demo and have members from the now broken up band, Planet Danger.

DEMOLITION were a UK punk band, formed in June 1977.
They were based in Blackburn. Lancashire, UK and comprised:
Matt Emulsion - Vocals, Split Belsen - Guitar, Pete Sandford - Bass and Jim - Drums.
Their songs included such classics as:
Gangrene, No Feelings, Living In England, Factory Floor, Wet Of Getting Wet, Heart Failure, Swastika Girl and many more.

Demolition played alongside such bands as the Boomtown Rats, 999, The Adverts, Eater, The Worst, The Boys, often playing at the Lodestar, Blackburn. They once blagged their way onto the bill at the proposed Sex Pistols secret gig at Wigan Casino. This was tied-in with a Right to Work march but word got out about the Pistols' upcoming appearance and they didn't show - Demolition still played though.

The band are planning to release a single using material recorded in 1977 and never-before released, featuring the band's classics Gangrene and No Feelings

(3) ?In The Beginning?? there was only one intention ? to form a melodic thrash metal band, when drummer Tom Kr?utner and guitarist Thomas Pippersteiner decided to bring DEMOLITION to life in 1996. Hans Peter Rapp on bass and Peter Musch, serving both vocals and rhythm guitars completed the first line-up.

In 1998 the band recorded their debut-album ?...in the beginning? which was distributed by the bands own label DN Records through various mailorder companies. About 1000 sold copies showed a first indication of the bands potential by being sold through companies such as The Metal Merchant, Hellion Records or Rising Sun Records.

Following up the band got a lot of great opportunities to open up for a big variety of national and international metal bands such as TESTAMENT, ANTHRAX, RONNIE JAMES DIO, OVERKILL, ANNIHILATOR, DESTRUCTION, KREATOR, SODOM, MERCYFUL FATE, NEVERMORE, SOILWORK, DEW-SCENTED,... and many many more. These gigs helped the band a lot to increase their reputation as a very intense, hard working live band.

As a logical next step, the band tried to improve also on the recording side of things and so in 2000 they chose to record their next album under the veils of a experienced producer. Having signed a deal with Gutter Records a division of Massacre Records from Germany previously, DEMOLITION in late 2001 hooked up with Producer Milos Dodo Dolezal in his Hacienda Studio situated in southern Czech Republic to record the follow-up ?Out Of Noland?. Among others the album featured guest musicians such as Ritchie Krenmaier of STYGMA IV fame.

During the preparations for the songwriting of the third album the band decided to replace shouter Peter Musch. The vacant post behind the microphone was handed over to Wolf of DARKSIDE. This added a lot of power and edge to the new material which was finally recorded in Slovakia, namely the Studio Exponent (Krabathor, Hypnos, Darkside) in summer of 2003. Entitled ?Existence?, the new stuff shows a development towards more concise songwriting without denying the bands? roots.

In 2004 the band finally succeeded in the search for a powerful partner in the music industry and signed a deal with the independant metal label TWILIGHT from Germany. ?Existence? was released in September 2004 and got great reviews all throughout the metal media worldwide.

In May 2005 DEMOLITION got the opportunity to support one the forces majores in the international thrash metal scene, Bay Area based giants TESTAMENT. As TESTAMENT decided to return to the european stages in the classic line-up featuring Chuck Billy, Eric Peterson, Alex Skolnick, Greg Christian and both drummers Louie Clemente and Johnny Tempesta. Together with SUSPERIA and DIVINE EMPIRE , DEMOLITION supported the mighty TESTAMENT on 8 dates throughout Europe and it can be said that it was a blast !

In summer 2005 DEMOLITION played the prestigious Kaltenbach Open Air in Austria and the Eisenwahn Festival in Germany. In December 2005 DEMOLITION hooked up with SUSPERIA, BLOOD RIDE and DEAD TROOPER and embarked on a tour through Europe. Being enforced by italian guitarist Janos Murri from RESURRECTURIS for this tour, DEMOLITION was already making plans for a new album with the possible installation of Janos as a second guitar player.

May 2006 marked the bands? first appearence at the prestigious german Fuck The Commerce festival, Demolition being one of the few non-death/grind bands ever to be invited to play this earliest of the german summer festivals. In August 2006 Demolition was invited to take part in the german Up From The Ground Festival in Gem?nden/Main. In autumn of the same year preparations begin for the recordings of DEMOLITIONs? fourth full length recording ?Relict IV? which was recorded in January 2007 in the Noisehead Studios in Vienna, Austria. Mixing sessions took place at various points of time during spring and so finally shortly before summer the album was ready. As the season was almost over, Demolition decided to postpone the release of ?Relict IV? until the new year.

Some first live appearences with the new material have already been confirmed:


(4) Demolition is an Instrumental Metal band. They released a demo in 2004.