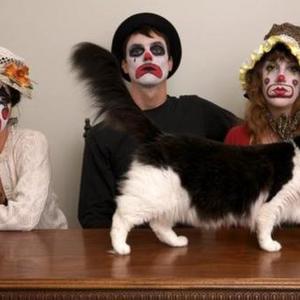 Our favorite twisted old-timey garage trio, The Sandwitches, formed in 2008 after songwriters Grace Cooper & Heidi Alexander developed a strong musical friendship, while serving in the trenches as backup singers in the Fresh & Onlys. Shortly after, they were joined by their friend Roxy Brodeur of Pillars of Silence on drums, with whom they recorded their debut LP, How to Make Ambient Sadcake (Turn Up! Records). Roxy took a year hiatus, and Lance Kramer from Beat Cops assumed the drum roll until Roxy returned in August of 2010 and now thumps on.

The Sandwitches' sound is a bitter-sweet batter of old-time americana, 60's garage, soul and country.