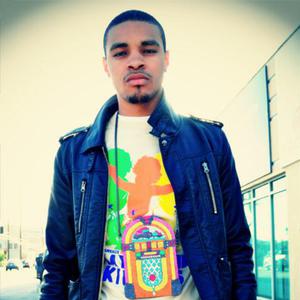 Bei Maejor (born July 7, 1986 in Southfield, Michigan) is a Grammy award nominated American R&B and pop singer-songwriter and producer signed to Jive Records. He is best known for his work with Ginuwine, Trey Songz, Plies, Sean Kingston and LeToya Luckett, and for producing and appearing on the official remix to Ciara's hit single Ride along with Andr&eacute; 3000. He has released three mixtapes, 2010's Upside Down and Upside Down 2, and 2011's Throwback.

His new mixtape, maejorMaejor was released in September 2011. He is now looking to release his debut studio album sometime in 2011. He has been working alongside Ne-Yo as a part of The Compound since 2003. He has produced soundtracks for two movies Bratz: The Movie in 2007 and the Disney movie The Princess and the Frog in 2009. He graduated from the University of Michigan, Ann Arbor, Michigan in 2008. After graduation he moved to Atlanta and joined the Compound Entertainment team working with Ne-Yo. Maejor was signed by Jive Records in January 2010 as a recording artist.