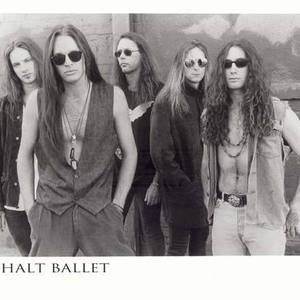 An awesome hard rocking blues influenced band, named after a term used to describe a motorcyclist crashing and skidding along the road at high speed. Their debut was an outstanding album that should have made them household names, but it failed to do so. Formed in San Diego, California by Gary Jeffries (ex-Broken Rule, vocals), and former Mistreated members Danny Clarke (guitar), Julius J. Ulrich (guitar), Terry Phillips (bass) and Mikki Kiner (drums). They were able to gain a loyal following in the Los Angeles bar circuit, which got the attention of Virgin records.

The debut was a raunchy all out rocker that infused generous amounts of blues and melody, with Jeffries' gravely delivery bringing everything together. However minor airplay of singles such as "Soul Survive" and "Tuesday's Rain" failed to put the band over.
Jeffries left for personal reasons during the tour for the debut, and Tommy Dean was recruited as the band tried to update their sound in an attempt to fit in with the changing music scene of the early 90's. But Pigs, and its debut single "Angry Youth," was a commercial failure, and the group parted ways.
Jeffries would resurface with southern rockers The Regulators before forming Alligator Stew. Ulrich and Kiner are currently working together in the hardcore metal band 13a. There is a possibility of the original line-up returning in the future.