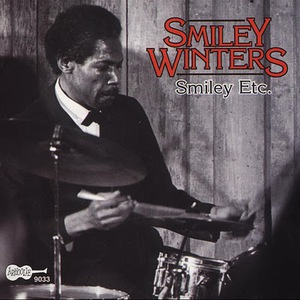 If Williams ?Smiley' Winters had been based in New York instead of Oakland, he no doubt would have been widely recognized as a major jazz drum stylist. He did all manner of gigs, from backing strippers and accompanying cocktail lounge pianists to shuffling the blues in juke joints, but jazz was the primary arena for his art, particularly jam sessions. He participated in them almost as if they were religious rituals, sometimes for pay, more often simply for the fulfillment spontaneous creation affords the soul.

(from notes by Lee Hildebrand)