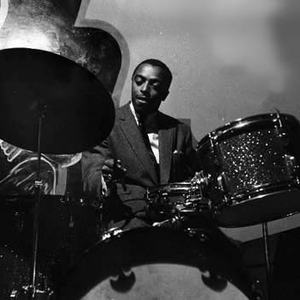 Roy Owen Haynes (born March 13, 1925) is a jazz drummer Haynes was born in Boston, Massachusetts and began his full time professional career in 1945. From 1947 to 1949 he worked with Lester Young, and from 1949 to 1952 was a member of the Charlie Parker Quintet. He also recorded at the time with Bud Powell, Wardell Gray, and Stan Getz. From 1953 to 1958 he toured with Sarah Vaughan. Haynes is one of the most recorded drummers in jazz and in his over 60-year career has played in a wide range of styles ranging from swing to avant-garde jazz.

In addition to being a sideman, some feel that Haynes is one of the most original musicians in jazz history. He has a highly expressive, personal style ("Snap Crackle" was a nickname given him in the 1950s) and is known to foster a deep engagement in his bandmates, listening and supporting and lifting the whole band rhythmically and sonically.
He is equally adept at gracefully backing a singer like Sarah Vaughan or in explosive interactions with the likes of John Coltrane, Chick Corea, Eric Dolphy, or Andrew Hill. He was inducted into the Down Beat Magazine Hall of Fame in 2004.
Haynes has recorded or performed with John Coltrane, Gary Burton, Miles Davis, Dizzy Gillespie, Henry Grimes, Christian McBride, Jackie McLean, Pat Metheny, Thelonious Monk, Gerry Mulligan, Art Pepper, Horace Tapscott and many others. He has also led his own groups, some performing under the name Hip Ensemble. His most recent recordings as a leader are The Roy Haynes Trio, Fountain of Youth and Where As (recorded live at the Artists' Quarter). As of 2006, he continues to perform world-wide.
His son Graham is a cornetist and his grandson, Marcus Gilmore, is an up-and-coming jazz drummer. Also, his nephew Christopher Haynes is a very well regarded jazz drummer, who enters college this fall

Thank You, Thank You (Vinyl)