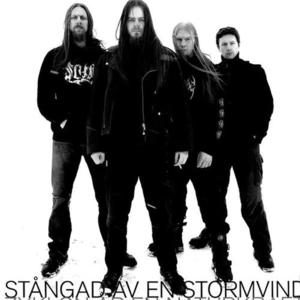 Zyklon was a Norwegian blackened death metal (with industrial overtones) band formed in 1998 in Notodden, Norway by members of Norwegian black metal band Emperor (Samoth and Trym), and their last lineup also had members of Myrkskog (Secthdamon and Destructhor) as well. The band was created in order to make up for the fact that Emperor is no longer playing live. Zyklon is, according to Samoth, a play on the word "cyclone" and no relation to the nerve agent Zyklon B used by the Nazis.

Despite Samoth being in a previous project called Zyklon-B along with ex-Emperor member, Ihsahn, among others, the two bands are separate bands and played a different style of Metal.

All of the band's lyrics are written by ex-Emperor drummer Faust who is currently a member of Blood Tsunami and Italian industrial black metal band Aborym. Most of the lyrics revolve around themes like anti-religion, misanthropy, and philosophy.

Zyklon's debut album, entitled World ov Worms, was quite similar to that of Destructhor's band Myrkskog's album Deathmachine. The album is made up of extremely fast riffing and blast beats aided by the vocals of Daemon (of Limbonic Art fame) and lyrics written by Faust. However, after this release, Zyklon changed. Secthdamon was introduced and handled vocals and bass, even though he had been drumming for Myrkskog.

Zyklon's second album, Aeon, exposed the band to more media attention. The production is much more clear, with the possible exception of An Eclectic Manner, which was produced with the cloudy and visualizing effect that is reminiscent of Emperor, in order to create a more melodic yet insidious atmosphere. Videos were made for two tracks, Core Solution and Psyklon Aeon.

The band's third effort, Disintegrate, was released on May 15, 2006 to great critical acclaim. Clocking at 45:06, Disintegrate is Zyklon's longest album, and was recorded in November - December 2005 at the "Akkerhaugen Lydstudio", in Norway.