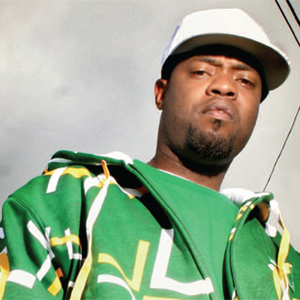 Real Name: Ricky Murdock Throughout his career, Askari X has never shield away from confrontation. The Oakland rapper first gained notoriety at age sixteen, when he dropped the pro-Black, anti-government classic, Ward of the State (1992.) Boasting fearless lyrics and a militant Islamic bent, the album identified Askari as an enemy of the establishment and an advocate for oppressed peoples everywhere.

Unfortunately, Askari wasn't able to enjoy the project's success, as he caught a three-year bid immediately after its release. It was a pattern that would repeat itself throughout the rapper's career: each highly-anticipated album seemed to bring with it another jail term, preventing Askari from gaining any momentum or expanding his core audience. The process has been so consistent that it's tempting to imagine a government conspiracy, especially given the inflammatory nature of songs like ?Better Hide Tonight,? ?Piggy Wiggy,? and ?3 Strikes.? Despite the many setbacks, Askari has never watered down his message, and he's now set to release his fourth album, The X Factor,with no legal troubles on the horizon. He remains defiantly unapologetic about his music. ?It's so much truth that the Devil don't want people to have it,? says Askari, ?so it's gon' raise a little tension. But they can't do nothing but bear witness to it, ?cause it's the truth.?

For Askari X, ?the truth? is the doctrine of the Nation of Islam, as preached by founder W.D. Fard and his disciple, The Honorable Elijah Muhammad. Whilemany rappers have flirtedwith NOI principles throughout the years, Askari is truly dedicated, delivering his message of social revolution in a religious context that can be difficult for the average listener to comprehend. Nevertheless, at the core of Askari's lyrics is a call to action that resonates in and outside the Black Muslim community. Inspired by the African People's Socialist Party, Askari rides for his own revolutionary clique, the loosely-knit collective known as RBG, or Revolutionary Black Guerrillas. The group counts among its members such BayArea legends as KeakDa Sneak, Yukmouth and Dru Down, but perhaps its most famous supporters are Dead Prez, who have pushed the movement on a national level with albums like RBG: Revolutionary But Gangsta (2004). While RBG lacks the organization it once had, Askari promises there will be a resurgence. ?It's about to be a roll call,? says the rapper. ?There's no confusion amongst the ranks; we just need to have a universal gathering.?
Releases:
Ward Of The State (12") Righteous Records
Ward Of The State (CD) Righteous Records 1992
Ward Of The State (LP) Righteous Records 1992
Message To The Black Man (LP) Slow Motion Records 1995
Message To The Black Man (CD) Slow Motion Records 1996
Production:
Turn Off The Radio: The Mixtape Vol. 2-Get Free Or Die Tryin' (CD) Scared To Die Landspeed Records 2003
Turn Off The Radio: The Mixtape Vol. 2-Get Free Or Die Tryin' (LP) Scared To Die Landspeed Records 2003
Appears On:
Outta Control EP (12") Gotta Go Dank Or Die Records 1995
Outta Control EP (CD) Gotta Go Dank Or Die Records 1995
Off Da Hook (LP) Kill No Killers Loud Records 1996
You Reap What You Sow (CD) Trigga Lock 1996
Bosses Will Be Bosses (CD, Album) Thinking Bout Home Dank Or Die Records 1999
Lead The Way (CD, Album) Get That Paper Thump Records 2000
Tracks Appear On:
Cell Block Compilation (CD, Comp) Fucked In The Game Cell Block Records, Priority Records 1996
International Blunt Funk Compilation (CD, Comp) Peckerwood, Peckerwood In-A-Minute Records, Blunt Funk Records 1997
Ghost Ridin' 101 (The Soundtrack) (CD, Comp) Burn Thizz Entertainment 2007

Message To The Black Man