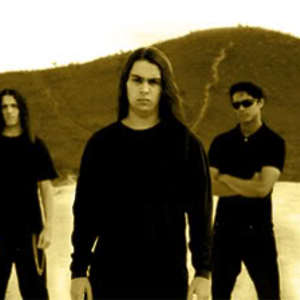 There are, at least, four artists known as Zilla: 1) A pseudonym UK-based Dylan Richards. 2) A Colorado-based trio. 3) A melodic death metal band, from Brazil. 4) Hip-Hop artist from Houston, Texas, US. 1) A London, UK art school drop-out (b. Dylan Richards, aka 'ZILLA'), began working on his own brand of super-evolved mixes towards the latter end of the nineties as a reaction to the glut of uninspiring mix compilations that had began to flood the industry.

1) A London, UK art school drop-out (b. Dylan Richards, aka 'ZILLA'), began working on his own brand of super-evolved mixes towards the latter end of the nineties as a reaction to the glut of uninspiring mix compilations that had began to flood the industry. The first salvo against conformity was with Buddy Peace and ZILLA - releasing A Friendly Game of Chess, a self-funded, hand-sprayed, highly under-the-counter mix project with Buddy Peace (Lex Records DJ and friend). The highly stylised conceptual expression of work that combined a rich fusion of textures together with strong themes and motifs began to ignite more than their own imaginations, selling out in just 48 hours and earning high praise on a global scale.

?A Friendly Game Of Chess' was swiftly followed by solo mixtape strike ?One Foot In The Fire, One Fist In The Air' which earned numerous comparisions to Coldcut's [album artist=coldcut]70 Minutes Of Madness. Comprised of almost 100 tracks from Autechre to Britney Spears, interviews and spoken word interludes, the CD sold out in a day, attracted attention from all corners and ended up in many a Best of 2004 list. Among those with their ears to the ground were Trash supremo Erol Alkan, notorious London promoters Wheels Instead of Hooves and the heads of both Ninja Tune and Warp Records.

After two appearances on the legendary Solid Steel radio show, the honour of being the first unsigned act to play at Strictly Kev & DK's Solid Steel club night, four sets with Buddy Peace at Dedbeat 04 in the course of one weekend and a number of European dates, Warp Records stepped in and invited Buddy Peace & ?ZILLA' to compile a retrospective of the label. Released late September 2004 as part of the ?WARP VISION The Videos' DVD, the mix entitled Watch And Repeat Play was a startlingly original tour de force. Over seventy minutes the two DJs re-worked and re-wired the label's back catalogue, twisting the already twisted into sonic maelstrom.

The Warp Vision Audio Visual / Resfest Tour followed, with appearances alongside artists such as Plaid, Chris Cunningham, Seiji, Mike Paradinas and Funkstorung and invitations to play at the Glade Festival, Trash, The Warp Summer Ball and The Poke Xmas Rave. It was these shows and the experience of playing live that inspired ZILLA's latest mix ?Grinted Teeth & Brawlsville', a year in the making, it was a more uptempo and aggressive yet challenging body of work that managed to find the link between the party-starting crunk of Lil' Jon and the dancefloor destroying sonics of The Aphex Twin.

Once again the great and the good were suitably impressed with praise coming from the likes of Kid 606, Knifehandchop and, again, Erol Alkan. The success of Grinted Teeth ? and ZILLA's growing reputation ? led to Domino Records inviting him to remix the final single from Test Icicles, 'Biggest Mistake', a remix which has been rapturously received by everyone from Laurent Garnier to Lo Recordings' Jon Tye.

Punishing remixes of Black Grass (Catskills), The Chap (Lo) and New Flesh (Big Dada) have followed as ?ZILLA' has perfected his twisted industrial take on dancehall, dubstep and drum n bass and in late 2006 he was asked to produce an EP for Kid 606's Shockout label. The results were so good that the one EP quickly became two, both of which are due for relase in spring 2007.

2) A Colorado based trio, with 100% improvised creations. Each concert proves to be a unique occurrence, with even the band members having no idea where the music will take them on any given night. Relying on their ability to listen to one another to create a hyper-focused form of live electronic dance music, Zilla is dedicated to spreading their rare breed of beats, bass, and "uncontrollable musical fury," and keeps up an incredibly active live performance schedule. Their goal is that each performance reflect what live music should be all about: spontaneity, flow, groove, and a damn good dance party.

Zilla's constant focus is to create a whole, complete sound devoid of fragmentation, tangential wandering solos, and other characteristics that plaque improvisational music today. The music strives to serve all those participating, including the audience. No one in the band has any idea what is going to happen a nanosecond ahead of time; they rely on their instincts and musical history together to create a sound that rarely strays from its intended direction. The collective whole is truly the dominant force in this band.

The music itself is a plethora of grooves, beats and highly percussive breaks, which cause the listener to become engulfed within the sonic vortex of sounds encompassing them. From down-tempo to jungle, from trip-hop to break-beat and trance the band plays on pure emotion, so each night is different and varied, and no song is ever the same.

Zilla is about being as aware as humanly possible in the moment. The band plays, the crowd reacts, the band reacts and so on and so on. A cyclical paradigm is created in which everyone plays a part. A whole new form of tension-release music has been created in which the music never has to resolve itself in order to sustain the mood. It merely adapts, evolves.

It's been said that Zilla is the ultimate live experience - future music. The music plays the band, and not the other way around. Zilla is currently touring in support of their latest CD release, Egg. Their infectious energy has crowds from North America to Japan dancing up a storm to a completely new brand of live musical experience.

In 2006, Zilla announced their first ever campout festival. Titled Sonic Bloom, it was a huge success amongst the primarily Colorado based fans. 2007 saw a line-line up of some of todays most influential livetronica, and break-beat groups including STS9, Pnuma Trio, The Motet, Bassnectar, the Glitch Mob, EOTO, and two epic nights of ZILLA. Held in the serene Red Feather Lakes area (NW of Fort Collins, CO) the campout brought together beautiful music with beautiful scenery. With Saxton (STS9) on the lights and a tight crowd of +/- 1000, the festival was again a success.

2008 will see a similar line-up with a location change. Held in Winter Park, CO, this year's campout will offer amenities few festivals can offer. The gorgeous ski resort is offering stylish VIP packages allowing even the festi-heads to keep their feet clean. Sure to be a knock-out, for those who enjoy smaller, more intimate festival experiences, Sonic Bloom is not one to miss.

Michael Travis (drums, percussion, keyboards, sampler, mallet Kat) has spent over a decade as the driving percussive force in the nationally popular band, The String Cheese Incident. Travis continues to be an innovator of improvisational drumming, managing to play hand percussion and melodies while simultaneously keeping incredible time with the kit.

Aaron Holstein (bass, keyboards, sampler, vocals/vocoder/beatbox) has had a long and lush musical history, playing guitar with bands such as Boogie Shoes and VibeSquad. Holstein's progression has transformed him from the notion of a typical guitar/bass player, to an applauded adapter leaving behind the traditional notions of what it is to with a guitar or bass. In the process, he has focused on bass and keyboards and has decided to leave the guitar at home in order to more fully serve the Zilla concept/sound.

Jamie Janover (hammered dulcimer, Mini-kit, electric kalimba, mini-sitar, sampler, percussion, tamboura, tongue drum, water) is a world-renowned hammered dulcimer innovator whose long list of band credits is more than impressive. Winner of the 2002 national hammered dulcimer championships, Janover continues to expand the limits of all his instruments by creating a fusion between their timeless sounds and the pertinent call of today's modern dance scene.