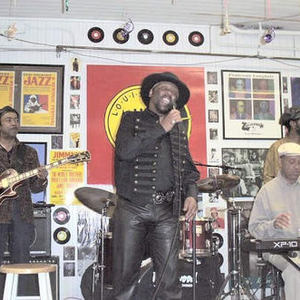 Millard Leon (a/k/a Willie) West was born in Raceland, LA, near the city where his music career got off the ground, New Orleans. West, while never widely known outside soul aficionado circles, did produce a string of classic 45s on numerous labels in the 60's & early 70's including Rustone, Deesu, Chess, Josie, Warner Bros and Frisco. He recorded with seminal NOLA figures like Allen Toussaint and was backed by The Meters on the soundtrack to the film Black Samson.

West, a flamboyant vocalist was also an "unofficial" touring member of the Meters in the late 1970's until they broke up in 1980, and was also a part of the loose congregation of the Uptown Rulers. A regular performer at the tourist packed bars on Bourbon Street for 20 years, West did not get a full album length recording out until 1999 when his debut CD, From West With Love, was released with help from Bobby Love. Carl Marshall produced the followup When Love Ain't There in 2000. His most recent CD, When You Tie the Knot, came out in 2002. He also has an unauthorized collection available entitled Soul Masters that includes older tracks recorded with the Meters.

West still tours & performs regularly at fairs & festivals like The New Orleans Jazz and Heritage Festival and has relocated from New Orleans to Minnesota after Hurricane Katrina.

His official MySpace page is http://MySpace.com/williewest08

Dan Phillips who compiled the above vinyl discography info greatly appreciates the research assistance of Jon Tyler of the Complete Neville Recording Chronology and Bob McGrath of The R&B Indies and forthcoming Soul Discography.

When Love Ain't There

When You Tie The Knot