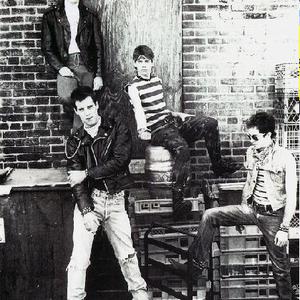 The Zero Boys were a hardcore punk quartet from Indianapolis, Indiana fronted by Paul Mahern . Other members included bassist David "Tufty" Clough, drummer Mark Cutsinger and guitarist Vess Ruhtenberg . Their first release, Livin' in the '80s, was a 7" EP released by the band on their home-brew Z-Disc label. Their debut full length album, Vicious Circle, was released in 1982 with its distinctively ugly bright yellow cover on the local label Nimrod Records.

Their first release, Livin' in the '80s, was a 7" EP released by the band on their home-brew Z-Disc label. Their debut full length album, Vicious Circle, was released in 1982 with its distinctively ugly bright yellow cover on the local label Nimrod Records. Many punk fans nationwide were surprised to find a band like the Zero Boys coming out of the Midwest rather than from the larger and more established scenes in and around Los Angeles, Washington DC, New York City and elsewhere. Vicious Circle was reissued on Toxic Shock later in the 1980s, with added bonus tracks taken from the Affirmation Records compilations LPs The Master Tape and The Master Tapes 2. It was reissued again in 2000 by Lookout! Records, without the Master Tape tracks, but with two additional songs from the original album sessions, "She Said Goodbye" and "Slam and Worm", which had been given limited release on a 7" single.

It has occasionally been reported that the band never recorded further material after this. This is true only in the sense that the lineup of the band that made Vicious Circle never recorded new material. After David Clough left the band to join Toxic Reasons, the Zero Boys did manage to record a handful of tracks intended for a second LP, but broke up before the album could be finished. These tracks were released on the History of the Zero Boys cassette on Affirmation, along with the above mentioned compilation tracks and other demo tracks and outtakes.

Around 1990, Selfless released a 7" single featuring the Zero Boys on one side and Toxic Reasons on the other. The Zero Boys then reformed with a new bass player and guitarist and recorded two further albums, Make It Stop (released on Germany's Bitzcore label in 1992) and The Heimlich Maneuver (released on Skyclad in 1993.)

In the last couple of years, the band has reunited for the occasional show, such as one of a series of shows at CBGB's designed to raise money to help keep the club open, and a series of shows in the spring and summer of 2006 where they performed the entire Vicious Circle album.

Paul Mahern went on to form the power pop band the Datura Seeds and has since become a producer. He also owns the Affirmation Records label.