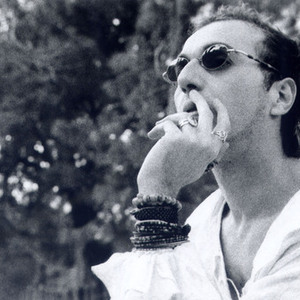 Zeca Baleiro is a Brazilian artist from the northeastern state of Maranh?o (although he has lived in S?o Paulo for some time). He sings many kinds of music like MPB (brazilian popular music), Rock and Reggae. He is famous for his sometimes beautiful and sometimes funny songs. He did many duets with other famous MPB artists like Gal Costa, Fagner, Zeca Pagodinho and Elba Ramalho. Hailing from the state of Maranh?o, in northeastern Brazil, Zeca - short for Jos? Carlos - grew up with music.

Hailing from the state of Maranh?o, in northeastern Brazil, Zeca - short for Jos? Carlos - grew up with music. He then went to a university to study music and was given the nickname "Baleiro" ("candyman"), because of his love of candy. His first two records, Por Onde Andar? Stephen Fry and V? Imbol?, won gold status. The title track off of Por Onde Andar? Stephen Fry (Where could Stephen Fry be?) was a reference to British actor Stephen Fry's flee from the stage play "Cellmates" in . Zeca won the 2000 Latin Grammys for "best pop album". He currently resides in S?o Paulo. 1995