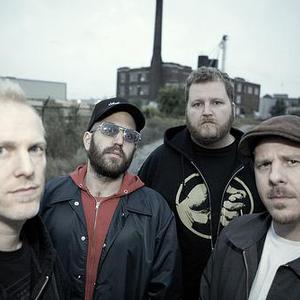 Hailing from Minneapolis, Minnesota, ZEBULON PIKE is an instrumental prog-doom metal band formed in late 2002. Inspired in equal parts by heavy sounds of the 70's (Mountain, Pentagram, Captain Beyond, early Judas Priest), progressive rock (King Crimson, Rush), and 20th century classical (Bela Bartok, Arvo Part, and many others). ZEBULON PIKE combines the impact of metal with the considered approach of "art" music. The result is a rather refined, muted aggression necessary for inciting the slow motion apocalypse.

ZEBULON PIKE combines the impact of metal with the considered approach of "art" music. The result is a rather refined, muted aggression necessary for inciting the slow motion apocalypse.

ZEBULON PIKE appeared at the "Best New Bands of 2003" showcase at Minneapolis' famed First Avenue nightclub in early 2004. The band was also named "Best New Band of 2004" by the twin cities news and arts weekly "City Pages" in April 2004.

After appearing at the 2004 "Emissions from the Monolith" festival near Youngstown, Ohio, ZEBULON PIKE released its debut album "And Blood Was Passion" in June. With 4 of the album's 5 tracks clocking in near 10 minutes or more, "And Blood was Passion" is a compositional tour de force.

In March 2005, the band was one of the few rock acts showcased in the Walker Art Center's "Festival Dancing In Your Head". This New Music festival featured such luminaries as: The Bang On A Can All-Stars, The Bad Plus, and Ornette Coleman.

ZEBULON PIKE once again had the honor of being awarded "Best Hard Rock Group" at the 2006 Minnesota Music Awards.

In early 2008 new bassist Tom Berg (Self-Evident) entered the fold. Shortly thereafter, the revamped Zebulon Pike entered the studio to record their third album "Intransience." Released in the fall of 2008, "Intransience" further refines the band's trademark prog rock/doom metal hybrid and expands the far reaches of musical density and melancholy. In support of the new album, the band performed a string of Midwest dates with The Sword and Japan's legendary Boris.

ZEBULON PIKE's music is an intriguing mixture of melodic melancholy, old-school guitar-isms, and Wagnerian dynamics that marks a mighty presence in the world of heavy music.

Space Is The Corpse Of Time

And Blood Was Passion