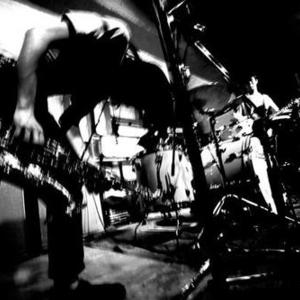 1) Z (Japan) -
Experimental jazz-rock outfit with one album release "Mikabe" in 2006, formed by ex-members of bands like 100 Lots and There Is a Light That Never Goes Out.

Z was formed from the ashes of legendary Japanese punk band There Is A Light That Never Goes Out who enjoyed international acclaim for their 2000 album ?IE? (Dim Mak). When brothers Jun and Ayumu Nemoto (drums) and Kei Uozu (guitar, wood bass) decided to split the band in 2002 they shifted their focus to jazz; Jun exchanged electric guitar for saxophones but traded none of the abrasiveness of their previous incarnation.

Drafting in Takahiro Yamada on bass in 2003, Z was born. The band swiftly set about establishing itself a reputation as one of the underground scene's most compelling live acts. Support slots with the likes of Keiji Haino, Lungfish, The Evens and Medications followed and they even found themselves playing with Damo Suzuki along the way. Often augmenting their line-up with additional drummers and guitarists, Z gigs are always intense but never predictable.

In March 2006 the band released its debut album ?Mikabe? on their own Grok Plastique imprint in Japan to critical acclaim. With its first pressing almost sold out, ?Mikabe? has already sent shock waves around the Japanese underground with its combination of free-form jazz and explosive intensity. Its six tracks feature singer and multi-instrumentalist Jun Nemoto delivering an impassioned, caustic take on Japanese society over a cacophony that grooves menacingly. If Pharoah Sanders had jammed with late-period Black Flag it may have sounded like this.


7) German New Wave band from Berlin, who released the album "In Berlin" in 1980. Their most succesful single, "Legalize Erdbeereis", was also on this record.