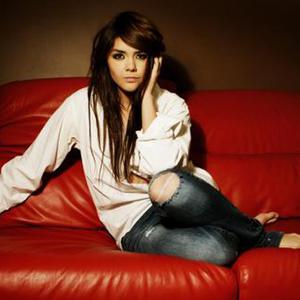 Yuridia Francisca Gaxiola Flores (born October 4, 1986, in Hermosillo, Sonora, Mexico) was one of the 5 finalists of the 4th emission of the popular Mexican reality singing show "La Academia". Although she was the first runner up, she has clearly been the most successful singer from those who participated in the 4th emission, which is thought by many to be comparable to Clay Aiken's accomplishment in the second season of American Idol.

Only 20, Yuridia has become one of the highest selling artists in Mexico. Her debut album (consisting of songs that she interpreted during the contest) has reached the diamond selling category (for over 700,000 copies sold), a feat only achieved in the last 10 years by solo artist Luis Miguel, as well as the music group RBD. Not only has she become the highest selling artist to come out of the reality-tv talent show, but her powerful strong chest and head voice, along with her wide mezzosoprano vocal range, have earned her the nickname Voz de un Angel (Voice of an Angel). She is considered to be among the best female voices in Mexico since the 80s (when brilliant artists such as Lupita D'alessio, Dulce and Yuri were top stars in the Mexican scene).

In late September of 2006, her record company, Sony BMG, announced the release of Yuridia's new Album, titled Habla El Corazon, which will feature English covers of well-known artists such as Bonnie Tyler and the The Police. "Como yo", and "Habla el coraz?n" (covers from Bon Jovi and Roxette) were among the singles released from the CD.