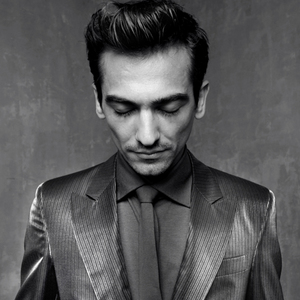 Yonderboi is a Hungarian electronic music artist whose real name is L?szl? Fogarasi. He was born in Mernye, Somogy, Hungary in 1980. Yonderboi has released 3 studio albums up until now, the first in 2000, called Shallow and Profound, the second, named Splendid Isolation, in 2005. Yonderboi released his 3rd album, titled Passive Control on September 23rd, 2011. His name is based on Yonderboy, a character in Neuromancer.

He experimented with music on his computer during high school. After his 16th birthday he sent a demo to "Juice Records". It was quickly followed by an EP called "Cinnamon Kisses". Later his single Pink Solidism was released on the Future sound of Budapest vol. 2 compilation. At the age of 18 he moved from his remote village Mernye to Budapest. After that he made his debut album Shallow and Profound, which brought him international recognition. In 2005 his second LP Splendid Isolation followed the line.

Were You Thinking Of Me? (MCD)