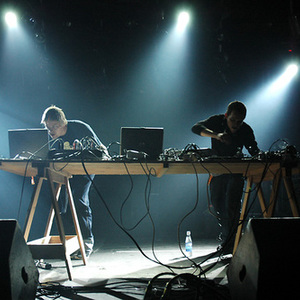 Xploding Plastix is the musical child of Jens Petter Nilsen and Hallvard Hagen. Both based in Oslo, they started making music together sometime in late '98 or early '99. After about a year of playing, sampling, programming and focused tune writing; they decided it was time to let the public hear what they'd been up to. This resulted in a 6 track demo in late '99. About 22 hours after first shipment, record companies were on the phone, and 4 months later, 5 out of 6 tracks had been released on various labels.

The duos debut album Amateur Girlfriends Go Proskirt Agents was released in 2001 via Norwegian label Beatservice. Subsequently they moved over to Sony and recorded The Doncamatic Singalongs, which was never released outside Scandinavia, despite the announcement of an international release date.

With this, Xploding Plastix took to different mediums for a few years, working on various short films, movies, TV, and radio-productions. Also starting up a side project "Electones".

Xploding Plastix released a new album in September 2008 entitled Treated Timber Resists Rot on Beatservice Records. This is to be accompanied by a revisited re-release of The Donca Matic Singalongs which was not originally distributed outside of Scandinavia, and a new EP called Devious Dan featuring tracks from previous music videos.

Xploding Plastix has a very organic sound; throwing saccharine analogue melodies to foreground the acoustic quality; imposing a distinctive live feel. A certain raw edge. An oeuvre of an ear-opener: Zipping and unzipping the beat, a beat-science out-of the ordinary. Emphasizing the flowing warmth and organity of the rhythms. Triggering flailing, skittering, skipping and spinning breaks, makes this pure nightvision!

Xploding Plastix has a sound like irradiated neon washes; shimmering and pulseglowing accordingly disproportional to the flashy stuttering redligths, like cancerous cocktails; splintering with deranged delight. The cinematic, dirty filmnoir feel is mercilessly exploited. Xploding Plastix is the epicure of a gorgeous, jagged, murderous pulse.

Xploding Plastix has a sound outrageously present; rumbling oblique exclamations and punctuating vibes suggests musicians whose absolute confidence in their work frees them to kid 'n play: go totally trickster in their soaring urban conundrum. Here's abrasive bassy beatblasts, motor rhythm and lock grooves that whirr and writhe across the tracks. Xploding plastix has already become the poster child for present day electronic music; the model for what 'being taken seriously' has come to mean. Maneuvering steady in styles, like a genre-bending assemblage, with animated fluctuations successfully integrated. Frantic exuberant accretion of brittle, bustling rhythms and melodies introducing an urgent funk punch; a flickering sensuousness and enveloping rhythmic pulse.

An update - their official site http://www.xplodingplastix.com lists that they released Treated Timber Resists Rot in September of 2008, on Beatservice Records.

The Rebop By Proxy (EP)

Behind The Eightball (EP)