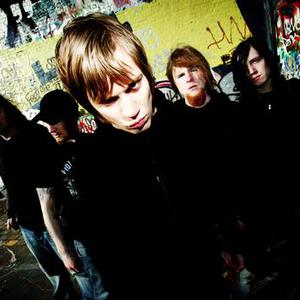 Delivering some of the most memorable, intense and catchy death metal to date, AS YOU DROWN was born to combine the speed and brutality of the modern death metal scene with the atmosphere and catchy songwriting of its old-school predecessor. Adding a number of outside influences, the result is an always raging - yet always changing, storm of anger, brutality and finesse. Their debut album will surely appeal to fans of such artists as Decapitated, Cannibal Corpse, Behemoth or Job For A Cowboy, but should also be able to catch the attention of almost any fan of brutal...

AS YOU DROWN was formed in Bor?s, Sweden in the winter of 2003/2004 when the average age of the band was only 17 years old, under the name of Ethereal. The band then consisted of Mikael ?kerstr?m (g/v), Simon Exner (g), Martin Latvala (dr) and Alexander Persson (b). Two demos were recorded between 2003-2005, mainly for the fans and for the band's own amusement. Both demos received great response from the audience and a lot of shows were played, supporting fine acts such as Entombed and Vader in the process.

In mid 2005 Mikael decided to step down from his vocal duties in order to focus on the guitar, and longtime friend Christopher Ran?sen was recruited as the new vocalist. During the same time period Alexander left the band due to studies in Japan, and Ethereal once again welcomed a new member; Robert Karlsson. They now set their minds to record a new, self produced demo in 2007 to send out to magazines, webzines and record labels. 'Demo 2007' made a lot of noise in the underground scene and received promising reviews from various webzines and magazines such as Metal Hammer. It wasn't long until British label Hellbent Records contacted the band and offered a place on their compilation CD 'Worlds Collide'. It was released worldwide digitally in April 2008.

In early 2008 Ethereal was ready to record their debut album, and since the recording of the latest self-produced demo went beyond expectations, they came to the conclusion of building their own recording studio. They also announced the departure of vocalist Christopher due to commitment issues towards the band. In just four days over 20 auditions were mailed in, but the band already had their minds on ex-Shadowbuilder vocalist Henrik Blomqvist. His aggressive, brutal and honest vocal approach combined with his stage presence was exactly what the band needed. With the line-up finally complete, the band decided it was time for a name change. And so, the beast known as AS YOU DROWN was born and ready to record its long awaited debut album!

'Reflection' was produced in The AYD Studio, mixed/mastered at Studio Mega by Christian Silver (The Crown, Sonic Syndicate, Impious) and is set for a release July 3rd/6th (EU) - July 7th (US) 2009 through Metal Blade Records.