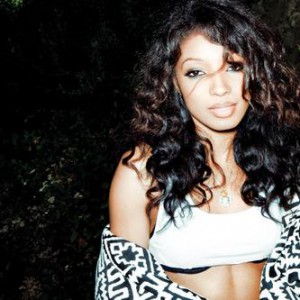 Wynter Gordon (born Diana Gordon; August 25, 1985) is an American singer and songwriter. Wynter was born in New York and was brought up in a poverty stricken neighborhood in Queens. As the middle child of seven living in a two bedroom house with an abusive and largely absent father, her childhood was difficult. Wynter discovered her talent for singing and dance at an early age. As a teenager, she was accepted to the famous LaGuardia High School for the Performing Arts. There, she was nurtured in a welcoming and nonjudgmental environment.

Wynter has been writing music since an early age. She wrote first song, "Daddys Song" at the age of 12. The track remains personal to Wynter and brought executives at Atlantic Records to tears during her showcase.

After high school, Wynter threw herself fully into realizing her music dreams, while also dealing with surviving on her own for the first time. She juggled several jobs while working in the studio at nights and as much as she could. During this time, Wynter met her manager, Keith White who introduced her to Don Pooh at Atlantic Records. Wynter worked closely with producer D'Mile since 2004 where they both came with her first track to fame, "Gonna Breakthrough" written by Wynter Gordon and produced by D'Mile was used as the title track to Mary J. Blige's 2005 album The Breakthrough. Soon after, Wynter was given an opportunity and signed to Atlantic Records, through Don Pooh Music Group, where she has been working on her debut album since 2004.

In 2008, Wynter penned two tracks for Danity Kane's second album Welcome to the Dollhouse, "2 of You" and "Do Me Good". Wynter co-wrote the summer smash "Sugar", a track that she was featured on with Flo Rida from his 2009 album R.O.O.T.S. after laying down a reference vocal. The track became an international hit and peaked at number #5 on the U.S. Billboard Hot 100 . Wynter also co-wrote and sang on the dance track "Toyfriend" from French DJ David Guetta's 2009 album One Love. Wynter worked close with Jennifer Lopez on her new project writing four tracks for her including "What Is Love", "What Is Love Part II", "Starting Over" and "Everybodys Girl" for her seventh studio album Love?. Currently, Wynter is also writing for artists including Adrienne Bailon, Estelle & Gossip Girl star Leighton Meester.

Wynter is currently working on her debut album with no official release period being set so far. The album is titled "With the Music I Die". Wynter confirmed that the Jupiter Ace-produced "Dirty Talk" will be the official lead single. It was released on iTunes and Amazon.com on March 2, 2010. Presently, the second single from the album is 'Surrender'. Although Wynter said herself things may change but did confirm that presently 'Surrender' is the second single choice. On October 22, Wynter announced via her official website that she would be releasing her debut EP, The First Dance, on November 9, 2010. The tracklist contained 4 of her previously released collaborations with David Guetta, Freemasons, Rhythm Masters & MYNC and Static Revenger, along with two previously unreleased remixes. She recently performed at Madison Square Garden singing the national anthem for the Knicks vs. Heat game. With the Music I Die is scheduled for a March 2011 release.

With The Music I Die