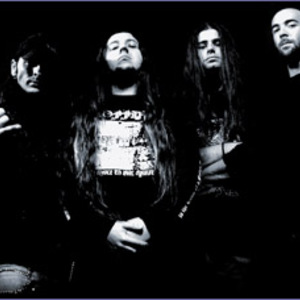 Wormed is a brutal death metal band from Spain. WORMED was born at 1998, in the beginning, the first line-up was : J.Oliver (guitar), Dani (guitar), Guillemoth (bass) Andy C. (drums). After a few months the band contact with Phlegeton the official vocalist of WORMED. Phlegeton gives fresh air to the band transforming the band concept from the classical gore to another concept, based in the outer space far from imagination. The music turned into an atypical Brutal Death full of diverse influences.

In December of 1999, the first MCD demo was recorded "Floating Cadaver in the Monochrome", with the collaboration of Tana (Avulsed) as Sound Engineer. This MCD had a great welcome in the underground scene, selling more than 1000 copies all over the world. There are actually 3 different editions of the MCD, with different CD design.

In 2001, the band returns to the studio to record the Promo-CD "Voxel Mitosis", including a single song, because of the lack of money and resources. Despite this, the sound is more professional than in the MCD. After the recording of the promo-CD, Dani leaves WORMED, because of the lack of compromise with the band. WORMED becomes a 4 members band being: Phelgeton (vocals) , J. Oliver (guitar), Guillemoth (bass) and Andy C. (drums) The band gets recognition playing in some festivals and concerts out of the city, giving the band a name in the local and international scene, with a great response of the audience.

In December of 2003 J.Oliver leaves the band, because of the lack of interest in playing outside Spain,so WORMED begins to look for a replacement to J. Oliver, they searched for 2 months , until they found Charly, guitar player from WORMINEYE, a Death Metal band from Valencia.

After that J.Oliver returns to the band completing the formation for composing the new WORMED stuff.

The band is actually working hard in order to compose new songs for the upcoming new album. Check out the latest news!!!

Floating Cadaver In The Monochrome (EP)