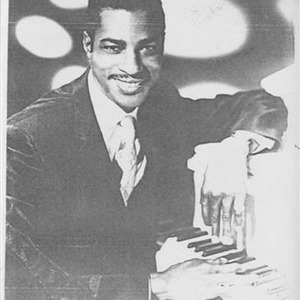 Willie Mabon (24 October 1925, Memphis, Tennessee ? 19 April 1985, Paris, France) was an American R&B singer, songwriter and pianist. Born Willie James Mabon, and brought up in Memphis, he had become known as a singer and pianist by the time he moved to Chicago in 1942. He formed a group, the Blues Rockers, and in 1949 began recording for the Aristocrat label, and then Chess. His style contrasted with many Chess artistes ? it was cool and jazzy, emphasising piano and saxophone rather than guitar and harmonica.

His biggest success came in 1952 when his debut solo release, "I Don't Know", topped the Billboard R&B chart for eight weeks. He picked it up from the older boogie-woogie pianist, Cripple Clarence Lofton. It was one of the most popular releases of its era, becoming Chess' biggest hit in the period before Chuck Berry's and Bo Diddley's success. It also became one of the first R&B hit records to be covered by a leading white artist, Tennessee Ernie Ford. Mabon's original was played on Alan Freed's early radio shows and also sold well to white audiences, crossing over markets at the start of the rock and roll era.

Mabon returned to the top R&B slot in 1953 with "I'm Mad", and had another hit with Mel London penned "Poison Ivy" in 1954. However, his career failed to maintain its momentum, and record releases in the late 1950s on a variety of labels were largely unsuccessful. After a lull he repeated the process more modestly in the early 1960s with "Got To Have Some" and "I'm The Fixer".
After moving to Paris in 1972, he recorded and toured in Europe, as well as playing at the Montreux Jazz Festival, until his death in April 1985.
Legacy:
Mabon's song "I Don't Know" was covered by The Blues Brothers.
His song "Just Got Some" was covered by Rod Stewart.
"Seventh Son", first recorded by Mabon in 1955, has since been covered by a number of artists including Johnny Rivers, John Mellencamp, Billy "Crash" Craddock, Mose Allison, Sting, Climax Blues Band,and Long John Baldry.
His coolly humorous, slightly effeminate style greatly impressed the English R&B singer and keyboard player, Georgie Fame.

I'm The Fixer: The Best Of The U.S.A. Sessions