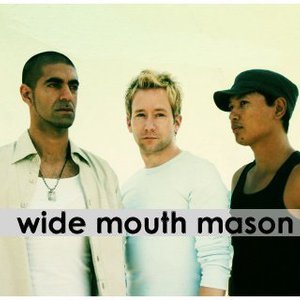 From the "Paris of the prairies" (Saskatoon, Saskatchewan, Canada) comes the the power trio known as Wide Mouth Mason (WMM). Currently, the lineup is comprised of Shaun Verreault, Gordie Johnson, and Safwan Javed.

The original line-up featured Shaun, Safwan, and Earl Pereira, who began playing together in 1993, and their first performances as Wide Mouth Mason coming approximately two years later. As Wide Mouth Mason, the three young men from Saskatoon began to build a fan base, the guys taking their band name from jars of the same name that they once used to drink from. In April 2010, Earl decided to pursue other musical opportunities with his band Mobadass. In February 2011, Gordie Johnson (Big Sugar, Grady) officially joined Wide Mouth Mason as bassist and vocals after helping Safwan and Shaun out in the same role on 2010 gigs.

From their beginnings performing in rural Alberta in 1995, Wide Mouth Mason has seen its fan base grow in Canada and extend to other areas of the world such as the United States and in Europe... as well as becoming one of the first North American bands to tour China in the 21st century. With each new fan gained often quick to share the discovery of Wide Mouth Mason's music with others who have yet to hear the band's music. While Wide Mouth Mason's studio catalogue provide musical snapshots of a band's journey and growth, it is the opportunity of hearing the guys perform live that is something not easily described or captured, only experienced.

Wide Mouth Mason has opened for such groups as AC/DC, The Rolling Stones, The Guess Who, and have gained more fans with each performance along the way. They've played at many different music festivals, including the prestigious Montreux Jazz Festival in Switzerland. Each time the three of them perform, Wide Mouth Mason has ably demonstrated at each instance the innate ability to tailor their performance to the size of their audience and the environment created with each subtle nuance of a music fan enjoying the band's music. Wide Mouth Mason has the rare ability to not just sense the music the audience is hoping to hear but to also often surprise even the most jaded listener with their versatility and range.

Wide Mouth Mason has been a touring band for ten years, during which time they've released four major label records (Warner, and Warner/Atlantic), as well as an independent (Brownsound). They currently have a new record out on Curve Records. Their sound is influenced by a number of sources, and they've sold over 175,000 units worldwide, having received gold records twice in Canada, in addition to 7 Prairie Music Awards, 2 Canadian Radio Music Awards, 1 Western Canadian Music Award, and 2 Juno nominations.

Wide Mouth Mason has gained a plethora of accolades and notoriety for live performances in Canada, and abroad. In having played over 1000 shows, Wide Mouth Mason are seasoned performers who've earned a reputation that precedes them. The touring resume includes shows with: the Rolling Stones (5 shows--Canada/U.S.), AC/DC (28 shows--Canada/U.S.), ZZ Top (10 shows--Canada), George Thoroughgood (20 shows--Canada/U.S.), Kenny Wayne Shephard (23 shows--U.S.), the Guess Who (15 shows--Canada), Van Morrison, De La Soul, Alanis Morissette, Nickelback, Remy Shand, and countless more. The band has played the prestigious Montreux Jazz Festival in Switzerland (twice), Nashville River Stages, and Edgefest-Canada. They were the first rock band from outside of the Pacific Rim to play concerts in China (2002).

Wide Mouth Mason have had great success at rock radio in Canada. They have had numerous top 10 and top 20 songs, including: a number 3 (Midnight Rain), a number 5 (Why), a number 7 (Smile), a number 10 (My Old Self), and a number 15 (This Mourning). The songs of Wide Mouth Mason have shown themselves to be easily embraced by radio listeners and programmers. Wide Mouth Mason has had a brilliant relationship with other media as well. Of the ten music videos they've made, all have received regular rotation on MuchMusic Canada, MuchMore Music Canada, and MTV Canada. Four videos have reached top 15 in video charting. They've earned critical acclaim throughout their career, in every territory they've set foot in.

Wide Mouth Mason has a publishing deal in place with Warner-Chappel. The band's music has been featured in feature film soundtracks, and they were chosen to perform in the blockbuster 'the Recruit' (starring Colin Farrell).

I Wanna Go With You