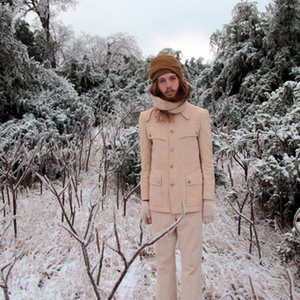 ?White Flight' is the first solo project from Justin Roelofs, former songwriter of The Anniversary. It is being released on Range Life Records which was founded by Justin and label owner Zach Hangauer to spotlight the best new music coming out of Lawrence, Kansas. Exploding with rhythmic and melodic ideas, White Flight is a boundary-blurring collage of pop hooks, staccato beats and dense, organic instrumentation.

Recorded over a year in Overland Park and Lawrence, Kansas, the record is, in many ways, the result of a summer Justin spent in South America, which culminated in drinking the psychedelic potion ayahuasca deep in the rainforest of Peru. This experience not only inspired in him a more dynamic appreciation of music but reconnected him to the purity and joy of making music in the first place. Audio samples from that summer are woven throughout White Flight, from the shaman singing on ?Obsidian' to the children's song which introduces ?Oz Icaro', to the haunting whistling which ends the album.