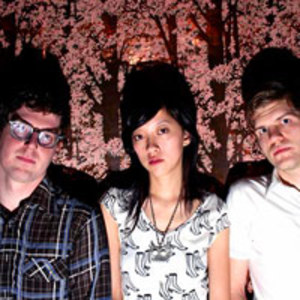 Wet Confetti is an art rock band that formed in Portland, Oregon November 2000. They are a three piece that consist of Alberta Poon on vocals, Bass VI and keytar; Daniel Grazzini on guitar and keyboards; and Michael McKinnon on drums. The band blends rock, punk, pop, noise, rhythmic drumming and melodic breathless vocals together to make their own very distinctive sound. In January 2007 they introduced Richel Martinez as a live touring member.

The band recently appeared in the third installment of the Burn to Shine series produced by Fugazi's Brendan Canty and directed by filmmaker Christoph Green. Their most recent album, "Laughing Gasping", was published by Pampelmoose, a label started by Gang of Four bass player Dave Allen.