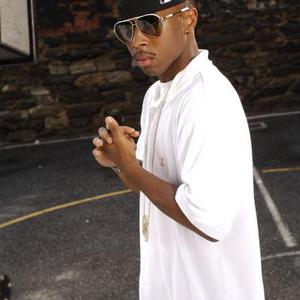 Troy "Webstar" Ryan, a 19-year-old Harlem-based deejay and producer, is the creative force behind "Chicken Noodle Soup," the great underground sensation of the summer of 2006. He is also the co-executive producer of WEBSTAR PRESENTS?CAUGHT IN THE WEB (along with Arthur Smith and Kirk Burrowes), a compilation of new talent set for release on Universal Republic on September 26. Finally, he is the owner, with his old friend and partner Arthur Smith, of a brand-new Fontana-distributed label called Scrilla Hill.

Webstar began producing and promoting as a teenager. In 2005, he came together with Young B (Bianca Dupree) to produce her song "Chicken Noodle Soup." The song began to be played in small clubs in Harlem and became an internet phenomenon, especially when people began to upload different home made videos of the song onto YouTube. It also received another push from DJs in New York on Hot 97, who began to spin the track on their station.

DJ Webstar, as CEO of Scrilla Hill Records has taken "Chicken Noodle Soup" and other artists and placed them onto a compilation album due out in Fall 2006.


Webstar and Art go back to Web's first parties in 2001, where Art provided security for the young deejay. The friendship quickly ripened into a partnership. It was under the banner of their own Scrilla Hill Records label that Web produced a recording called "The Tone Wop? at the end of last year. Named after its creator, an older Harlem gent named Tony who performs an updated version of the Eighties dance craze known as The Wop, and featuring raps from George ?G. Dot? Wilkinson and 16-year-old Bianca ?Young B.? Dupree, the recording became a national underground hit.

Like "The Tone Wop," it's follow-up ?Chicken Noodle Soup" was inspired by a dance, and Web once again recruited Young B to write and rap the rhymes. The irresistible result combines a thumping bass drum beat, an air raid siren, and Young B's girlish rapping about "Chicken noodle soup?with a soda on the side." At a moment when most of hiphop's great dance records are emerging from the South, Webstar has created one that stands with such classic old school New York jams as "Pee Wee's Dance" and "The Wop."

"Chicken Noodle Soup" was already taking off at the uptown parties where Webstar deejayed this past spring, but it shifted into overdrive on June 22 when he played it at Rucker Park in Harlem during the yearly basketball tournament there. The crowd went nuts and Hot 97's DJ Enuff told Web, "I need that record." Six weeks later, "Chicken Noodle Soup" was playing on hiphop mix shows from coast to coast, including New York, Philadelphia, Atlanta, Houston, and San Diego. Meanwhile, Youtube.com has archived over 8000 home-made "Chicken Noodle Soup" videos. Collectively, these videos have chalked up over a million viewings. He is at the forefront of the cyber space new media way of breaking records.

His youth aside, Webstar is a veteran deejay and party promoter for the teen scene. He was nicknamed Webster as a young boy because of his resemblance to the title character played by Emmanuel Lewis in the beloved '80s television show. Webster developed into Webstar as the young deejay's reputation grew. Web's heroes today aren't so much other artists as they are hiphop's legendary entrepreneurs, including Russell Simmons, Sean Combs, and Jermaine Dupri. "I'm inspired by their work ethic," he says.

It is a measure of his own work ethic that Web co-executive-produced Caught In the Web in just two weeks. It's comprised of five tracks featuring Young B -- the voice of "Chicken Noodle Soup" -- as well as tracks by new artists such as Chaundon, Ron Browz, Severe and T Rex.

Young B's role models include Lauryn Hill, Missy Elliott, and Mary J. Blige, all of whom write, sing, and rap?just like B herself, who says she's been rapping since she was nine. Naturally exuberant, she was scolded by Webstar during the recording of "Chicken Noodle Soup." "You can't do the dance and make this record at the same time!" he told her.

Both young people are very clear about the kind of music they make. "It's feel-good music," says Webstar. Adds Young B, "We only talk about teenage stuff: looking fresh, having money, partying, dancing, and young love."

Webstar and Young B are managed by Kirk Burrowes, the veteran hiphop marketing whiz, entrepreneur and deal broker who co-founded Bad Boy Records with Sean "P. Diddy" Combs and managed Mary J. Blige during her late-Nineties resurgence. ?Webstar is the latest in a long line of creative folks that starts with Phil Spector and includes Puffy,? says Kirk. ?Just like them, he's got that unique combination of instinct and guts."