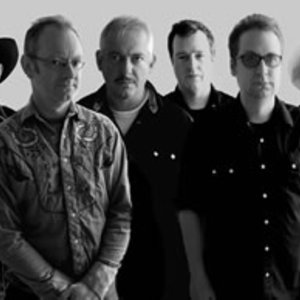 Ladies and gentlemen, quite possibly the best live rock band on the planet. We've seen them a hundred and sixty seven times, and they never fail to entertain with their train wreck approach to country. Subtlety is for the weak, so they've chosen the path of optimum mayhem and tomfoolery. In their rollicking career, they have been called everything from the flagship act of the alternative country ?movement? to pure butchery. Both are likely to be correct.

In a world of corporate-sponsored tours by lame-o alt-rockers complaining about their hotel suites and ?country? stars who owe more to Boston than Bakersfield, the Wacos go out every night and play as if their lives depended on it. Their shows at SXSW and CMJ are legendary, and every year threaten to actually collapse under the weight of their runaway brilliance. If you're not drunk, sweaty and out of money at the end of one of their shows, then brother, we pity you.

Their mix of hellfire country and mournful punk truly inspire. They are working to save music so you don't have to.

?The band's songbook is filled with political parables fused to a lost highway aesthetic and loads of black humor?pass the bottle and turn up the jukebox.? Time Out Chicago

For More Information, go to www.bloodshotrecords.com

Nine Slices Of My Midlife Crisis

Do You Think About Me?

...To The Last Dead Cowboy