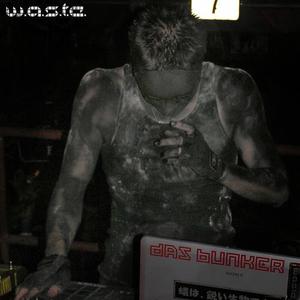 W.A.S.T.E. is a formidable force in the underground rhythmic noise industrial scene. Led by Shane Englefield aka Vuxnut with recent recruited stage and studio members Tyler Viscerine of To Mega Therion and Mekanao of Embodi, W.A.S.T.E. has managed to stay a prevalent entity not only in the clubs and on the dance floor but in the heads and minds of all those who have been lucky enough to witness their unforgettable and brutality filled energetic live performances.

With their just finished third release entitled ?A silent mantra of rage? on Vendetta records, they plan to take the genre into new heights with a crushing and unforgettable mix of rhythmic noise, dark ambient, and power electronics and extremely harsh yet danceable industrial. With two tours under their belt and an upcoming one soon, this act plans to lead us into our fate of entropy screaming and bleeding but loving every minute of it.

This is what we seek