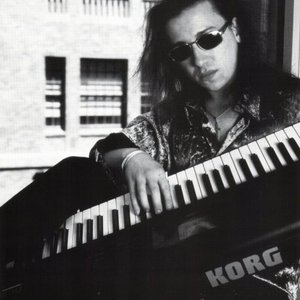 Vitalij's appearances on Ukranian radio and television have brought him critical acclaim for his performances. Flutist James Galway chose Mr Kuprij as his accompanist for International Flute Seminar Master Classes held in Switzerland and for work on an international tour. Mr Galway and Vitalij were recently heard throughout the country on National Public Radio together when Sir James played a world-premier of one of Vitalij's original compositions written for piano and flute broadcast throughout the United States. Soon thereafter, Vitalij was featured on WRTI for an hour broadcast from Philadelphia; Crossover with Jill Pasternak. "He is most gifted and his playing is simply poetic. This young man is an explosion waiting to happen....I have rarely seen an audience react to a pianist in the way the Swiss audience reacted when he played a solo in the middle of my recital." Sir James Galway.

Mr Kuprij has been much in demand as a soloist, recitalist,pianist and composer throughout the United States and abroad. He played in many countries throughout the world including France, Germany, Italy, Japan,Mexico, Poland, Switzerland,the United Kingdom and of course the Soviet Union.

March 7,1999, Mr. Kuprij was selected as the soloist to perform the Lizst Piano Concerto #1 with the New York Youth Symphony at Carnegie Hall followed by performances at the Alice Tully Hall and Avery Fisher Hall...all with high acclaim. He has played for two President's of the United States and dignitaries throughout the world. Many times he performs his own compositions that have been recorded on various labels and released in many countries.

Vitalij began his serious piano studies at Kiev's Mykola Lyssenko Music Academy for highly talented and selected students where he studied with Professor Nina Najditsch . After graduation from this major conservatory he was sent to Switzerland to study with Vienna's Rudolph Buchbinder at the world renown Basel Conservatoire in Switzerland where he obtained his second degree . In 1995, Mr Kuprij was sent to the United States upon recommendation by Sir James Galway to begin his music studies with Gary Graffman, President and Director of Curtis Institute of Music in Philadelphia. From Curtis, while on full scholarship ,he obtained another degree and graduated from this world famous institution in 2000. Mr Graffman is quoted as saying,"Vitalij is a powerful,elegant and communicative artist...an amazing musician."

Since graduation from the Curtis Institute Mr Kuprij has been concertizing around the world. He recently was heard in Italy and Mexico where he played Chopin's 1st Piano Concerto and the most beloved Beethoven's 4th Piano Concerto to rave reviews with major orchestras.

Vitalij recently had his solo Carnegie Hall debut where he played two encores to an almost capacity crowd. From this event he was featured in a two page spread in the New York Times by Arts and Entertainment writer, Dan Wakin.

There is another side to this multi-faceted young man....Unlike most classically trained musicians Vitalij's cross-over capability into the neo-classical world evidences him as a leading force in the alternative rock and musical exploration as we know it today. He has numerous albums out under the Marquee Avalon and Yamaha labels. After moving to "Number Two" on the Japanese charts he has received offers from promoters for a world tour. He has been seen on the college scene to outstanding raves and has been heard giving incredible Master Classes and workshops in institutions and various venues throughout the United States including recent sessions in theTower Record stores in Japan. Here he has a tremendous following evidenced from the latest polls and charts.

This summer Vitalij will be the featured artist making his first appearance at Mexico's "Music Fest" in Mexico City. Here neo-classic rock fans as well as other music enthusiasts will gather together to hear well-known artists in their field from around the world.

Presently, Vitalij is in negotiations with the Kiev Philharmonic to record the Rachmaninoff 2nd Piano Concerto. This will bring him back to his roots where as a child posters of Vitalij were seen throughout Russia and the Ukraine.

Mr Kuprij, when he is not touring, is working on his most challenging and requiring project to date in writing and composing his own piano concerto. Those who have heard the beginnings of this tremendous project are already feeling it to be a masterpiece that will be recognized in years to come. Mr Kuprij plans to dedicate his Concerto to the memory of his late father and mentor who was a professor of trombone and music theory in a conservatory in the Ukraine.

One of Vitalij's most important values is the opportunity to help educate youth through his music. He feels strongly that if one is exposed to this incredible art form it will add valuable beauty and joy to one's life. Because of this, he many times has given of his time and energy in order to full-fill this valuable mission as he portrays it.

Aaron Rosand is quoted as saying,"Vitalij Kuprij is one of the outstanding pianists of his generation. His charismatic style, technique, and personality are reminiscent of piano legends of a bygone era. I have not heard Chopin played this well since Rubenstein."

12 Months Of The Year

Plays The Works Of Listz And Chopin Piano