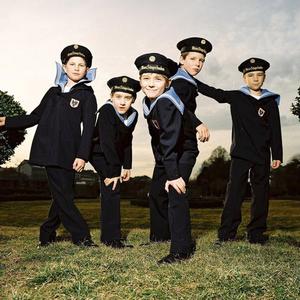 The Vienna Boys' Choir (German: Wiener S?ngerknaben) is a choir of boy sopranos and altos based in Vienna, Austria. It is one of the best known boys' choirs in the world. The boys are selected mainly from Austria, but also from many other nations around the world, and individually interviewed. Known for its exceedingly high vocal standard, the choir has worked with musicians including Wolfgang Amadeus Mozart, Antonio Caldara, Antonio Salieri, Heinrich Isaac, Paul Hofhaimer, Heinrich Ignaz Franz Biber, Johann Joseph Fux, Christoph Willibald Gluck, and Anton Bruckner.


The choir is the modern-day descendant of the boys' choirs of the Viennese Court, dating back to the late Middle Ages. The choir was, for practical purposes, established by a letter written by Maximilian I on 7 July 1498. In the letter the Emperor instructed court officials to employ a singing master, two basses and six boys. A Slovene, Jurij Slatkonja, became the director of the ensemble.

The role of the choir (numbering between fourteen and twenty) was to provide musical accompaniment to the church mass. The boys received a solid musical education, which in most cases had a significant impact on the rest of their lives, as many went on to become professional musicians. Composers Jacobus Gallus, Franz Schubert, and conductors Hans Richter, Felix Mottl and Clemens Krauss were members of the choir.[1]

In 1920 the Hofkapelle (court musicians) was disbanded. However, the rector at the time, Josef Schnitt, sought a continuation of the tradition. In 1924 the "Vienna Boys' Choir" was officially founded and has extended into being a professional music group. Since 1948 the Palais Augarten has served as their rehearsal venue and boarding school which goes from kindergarten level up to middle school level.

The choir is a private, not-for-profit organization. There are approximately 100 choristers between the ages of ten and fourteen. The boys are divided into four touring choirs, which perform about 300 concerts each year in front of almost 500,000 people. Each group tours for about nine to eleven weeks.