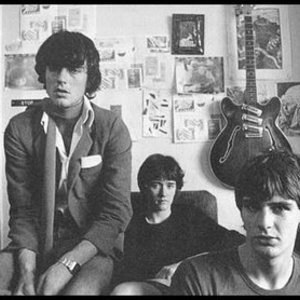 The Verlaines were a rock band from Dunedin, New Zealand notable for combining rock passion with classical compositional ideas. The Verlaines formed in 1981 and released their last studio album in 1997. In 2003 a career retrospective You're just too obscure for me was released. The band were named after French poet Paul Verlaine - not, as is occasionally suggested, after Tom Verlaine (front man for the New York punk band Television).

The band were named after French poet Paul Verlaine - not, as is occasionally suggested, after Tom Verlaine (front man for the New York punk band Television).

The Verlaines were noted for their angular, "difficult" song structures, wordy and downbeat lyrics, unusual subject matter all contained in often frantic up-tempo playing. The Verlaines were led by songwriter and vocalist/guitarist Graeme Downes although many other New Zealand musicians played guitar, bass, drums and brass instruments during the different stages of the band.

Their signature songs included Death And The Maiden, C.D. Jimmy Jazz & Me, Bird-dog and Ballad of Harry Noryb.

The band's recorded debut was on the seminal Dunedin Double EP released by Flying Nun Records to debut several bands who would go on to be central to the mythology of the Dunedin Sound.

Downes is an academic at the University of Otago teaching contemporary music and with research interests in Mahler and Shostakovich and has released one solo album, Hammers and Anvils, released on Matador Records in 2001.