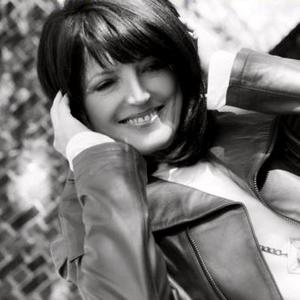 Born on October 22, 1943, Straconka, Poland. Although Dudziak studied piano formally for some years, she began to sing in the late 50s after hearing records by Ella Fitzgerald. Within a few years she was one of the most popular jazz artists in her native country. She met and later married Michal Urbaniak, recording with him during the 60s. In the late 60s they began to travel overseas and in the 70s settled in New York.

Language barriers hold no problems for her, as she customarily eschews words in favour of a wordless vocalizing that is far more adventurous than scat. Already gifted with a remarkable five-octave range, Dudziak employs electronic devices to extend still further the possibilities of her voice. She has frequently worked with leading contemporary musicians, including Archie Shepp and Lester Bowie, and was a member of the Vocal Summit group, with Jay Clayton, Jeanne Lee, Bobby McFerrin, Norma Winstone, Michelle Hendricks, and Lauren Newton. Although her remarkable talent is worthy of greater exposure, Dudziak's chosen style has meant that she has remained relatively unknown except to the cognoscenti.


Must been hear. She is like polish Bobby Mc Ferrin. Unbelievable what that woman can do with her voice...

Sorrow Is Not Forever...But Love Is (Vinyl)