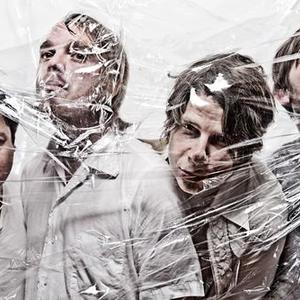 Atlanta's untied states harness a whirlwind of sound that inhabits a world slightly askew. Taking direction from a torn up and oddly reassembled guide to songwriting, the group explores known terrain but takes wild paths to reach unpredictable, yet ultimately rewarding destinations. With a barrage of driving samples, interlaced melodic sheets of guitars, and just-enough disciplined noise, it all moves swiftly from elegant to disorienting, in an adventurous course that directs vocals that alternately veer between croon and squall.

At the heart of it all lays a fundamental search to be ?untied?- to say what hasn't yet been said and the belief that there will always be new ways to say it.

On untied states' forthcoming LP, Instant Everything, Constant Nothing, core songwriters Colin Arnstein and Skip Engelbrecht have reined in some of the eccentricities of their past albums only to spin out into brand new territories. The album exhibits a new sonic clarity and focus, courtesy of new bassist/keyboardist/engineer Darren Tablan, who brought the two out of the house and into a large-scale studio, exposing them to a new palette of sounds while providing a keen guidance to their onslaught of ideas. The contrast that once existed between their driving songs and out-there soundscapes has been replaced by a new fabric, where these very different sides of songwriting are now interwoven and overlaid instead of seamed together at their ends. New rhythm recruit drummer Satchel Mallon (who appears on the record) helps to bring all of it to live audiences and undoubtedly to intriguing new places.