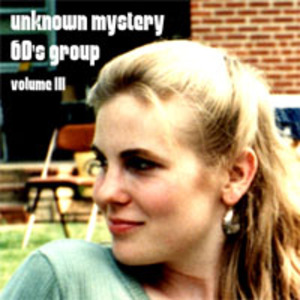 Unknown Mystery 60's Group Volume I (Distortions) was released in 1997. The songs on the CD were found on a reel to reel tape at an outdoor flea market in Philadelphia. Nothing was known about the group except for the song titles, which were written on the tape box. The two photos on the CD were inside the tape box as well. Members of the "unknown group" were asked to contact the record label for their royalties and further contract negotiations.

In 2001, Octopus Records decided to track down the combo responsible for such gems as "Birdhouses", "Percival", and "Are You Mad At Me". Requests for info about the unknown group were placed in the classified sections of various Philadelphia Newspapers. A number of respondents (fans, neighbors, and relatives) provided clues that led Octopus to the band's drummer and archivist, currently living in Spain, who generously supplied Octopus with missing details, photographs, and tapes that made the Unknown Mystery 60's Group Volume II possible. Unfortunately, one concession to the members had to be granted before the release of Volume II: the identity of the band would have to remain anonymous. Why? The expatriate, serving as a spokesman for the others, replied: "It's more or less Bob Dylan's line: " I was so much older then. I'm younger than that now."

Thanks to the band archivist in Spain, another volume of brilliant songs by the "Unknown Group" was released by Birdhouse Records in July 2007 (www.birdhouserecords.com). Mastered from the original tapes, this collection of 12 Love Songs showcases the band at the height of their songwriting and musical powers.