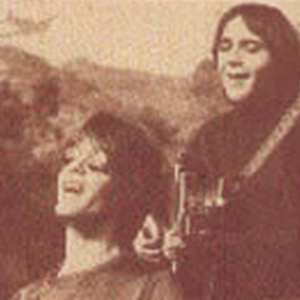 Twin Engine were the Los Angeles duo of singer/songwriters Constantine Gusias and Randy Naylor, who wrote about equal shares of the dozen songs that ended up getting issued more than three decades after they were recorded. Naylor had been a guitarist-keyboardist-vocalist in the minor L.A. late-'60s, folk-pop-rock band the Poor, who put out four singles. (The Poor's main claim to fame included a pre-Poco/Eagles Randy Meisner in the lineup, as well as future New Riders of the Purple Sage Allen Kemp and Patrick Shanahan.

After the Poor broke up, Naylor hooked up with local guitarist and singer/songwriter Constantine Gusias, coming to the attention of songwriter/performer/producer Joey Stec (who had been in the Millennium). With Ralph Scala of the Blues Magoos, he produced sessions with Twin Engine (made up of Gusias and Naylor) in 1971, and including contributions by Southern Californian folk, country, and rock heavyweights Clarence White, Chris Hillman, and Sneaky Pete Kleinow. As Stec and Scala had a production deal with United Artists, there was hope that Twin Engine could release product through that label. But that ended when Stec and Scala were let go by United Artists, and Twin Engine broke up; Gusias has said that he turned down an offer to be in a group that Randy Meisner was forming, thereby possibly missing a chance to be in the Eagles. The Twin Engine album had reached the acetate stage, and a surviving copy was discovered in Naylor's possession much later, leading to its release in 2004 on Rev-Ola.