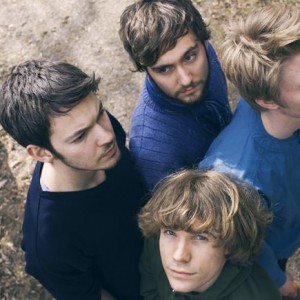 Treefight For Sunlight is a band from Copenhagen, Denmark in 2007. The group's current line-up consists of Mathias S?rensen (drums,vocals), Morten Winther Nielsen (guitar, vocals), Christian Rohde Lindinger (bass, vocals) and Niels Kirk (piano, vocals). They are produced by Tambourhinoceros in Denmark, Bella Union in the United Kingdom, and Friendly Fire Recordings in the United States. They are known for their unique piano-driven melodies, their combination of folk and psychedelic influences, and their use of upbeat, and sometimes nonsensical lyrics.

Treefight For Sunlight is the crystallization of a colorful submerged world of exotic fish and strange, wild-growing plants. It's a tropical lagoon untouched by civilization. Their orchestral and complex chamber-pop sounds so cheerful and uncomplicated that the listener finds him or herself drawn into the mildly psychedelic travels towards the unknown.

Their first album was not released until 8 November 2011 in the American market, and was given its original Danish title, A Collection of Vibrations For Your Skull.

A Collection Of Vibrations For Your Skull